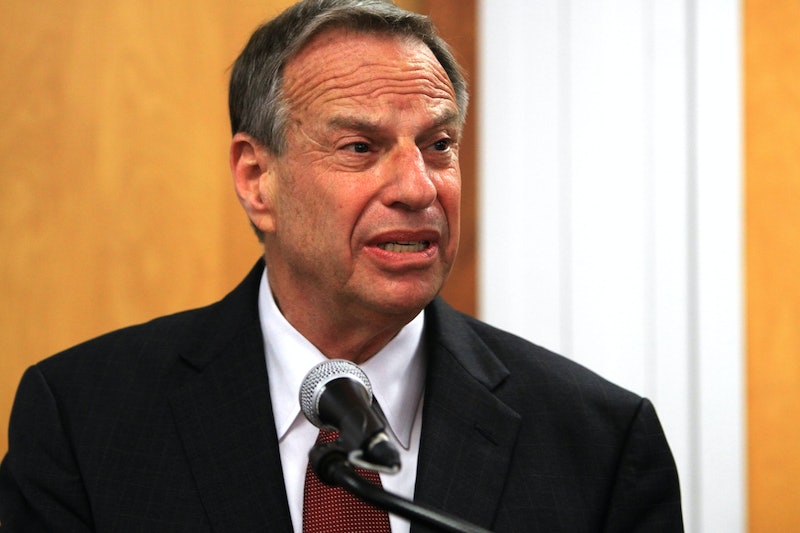 San Diego's News 8 reports yet another woman stepping forward to accuse Mayor Bob Filner (D) of sexual harassment Wednesday, bringing the grand total of accusers to a whopping 18. Local businesswoman Diane York says Filner touched her backside during a photo session when she met him three months ago.

According to a White House spokesman, Obama is aware of the accusations against the San Diego mayor, but is not commenting at this time.

Filner and his representatives held a closed door mediation with representatives from the city Monday, according to a CNN source who declined to say what was discussed. Meanwhile, volunteers who want to oust the mayor continued to collect signatures for a potential recall, as Filner supporters held a "We Will Not Be Silent" rally outside San Diego's City Hall. (Because the important cause of sexual harassment desperately needs more representation.)

"Let’s get back to the business of moving the region forward with Mayor Bob Filner,” said organizer and human rights activist Enrique Morones, who led the rally.

Steve Erie, a political-science professor at the University of California, speculated that Filner is holding onto his office as a means of decreasing potential punishment. “Filner is a tough, shrewd bargainer,” said Erie. “And he has the one thing everybody wants.”

News of the most recent accuser comes as the Democratic National Committee prepares to vote this week on a resolution calling for Filner to step down. DNC chair Debbie Wasserman Shultz has already personally asked the mayor to step down. The DNC decision holds important implications for the party's stance on tolerating sexual harassment.

In addition to the sexual harassment accusations, the upstanding politician is also being investigated for alleged misuse of city-issued credit cards.