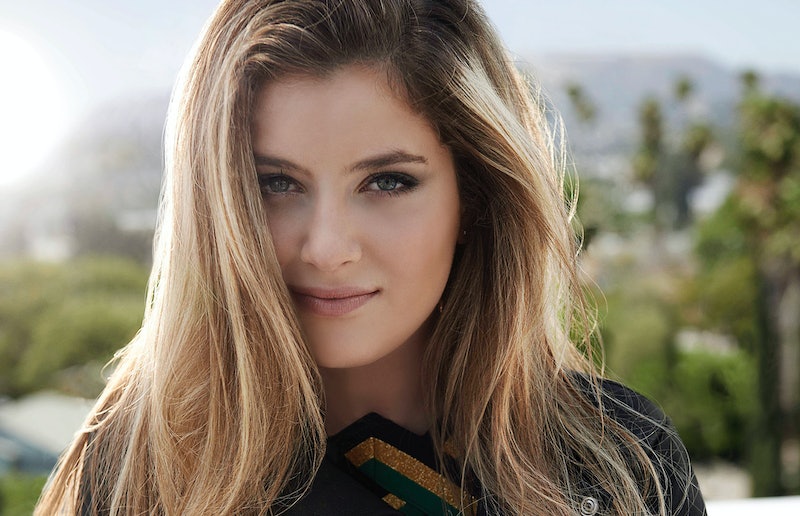 I didn't expect to have a strong emotional reaction to Fox's new dramedy Red Band Society, but damn it if this little show didn't make me feel all of the feelings within its 45-minute pilot episode. The Red Band Society pilot introduced us to a slew of sick teenagers, all of whom are coping with their different reasons for living in the pediatric wing of the Ocean View Hospital: Leo and Jordi are cancer patients who lost a leg due to their illness; Emma struggles with a debilitating eating disorder; and Dash lives with cystic fibrosis. Unfortunately, it's one of the newest patients at Ocean View that needs treatment that she may not be able to receive — and it's hard not think that karma could be to blame for the predicament Kara is in on Red Band Society.

The pilot gave us a glimpse at the lives of the patients prior to their time in Ocean View, and unfortunately, it did not paint a good picture of Kara. When we first meet her, she is smoking a cigarette while simultaneously bossing around the cheerleaders on her squad. She is Regina George times a million, so much so that when she faints and is rushed to the hospital, the other cheerleaders, well, cheer. And, sadly, it's more than a lack of carbs that explain the reason behind Kara's fainting spell: Kara's heart is failing. And she needs a heart transplant right away.

It's a perfect metaphor for a girl whose heart seemed non-existent in the first place: It turns out, she never had a working one. And from the pilot episode, it appears like she may never get one — literally speaking, anyway. In a cruel twist, it appears that Kara isn't a candidate for a heart transplant. Her blood test showed that she had a variety of drugs in her system, which immediately pushed her name down the list. It's official: Kara is dying. The question is whether or not this grim diagnosis can help her turn it around just in time.

If the pilot episode of Red Band Society is any indication of things to come, it appears that Kara may work on getting her metaphorical heart back in shape — even if her physical one has given up. Kara's conversation with Charlie outlined how she could be a better person; she needed to behave far more selflessly than she had in the past.

Though Kara may not have followed Charlie's instructions to a T (she did, essentially, blackmail his dad for beer) there are signs that she may learn to be a better person over the course of the season. She appears to have connected, at least a little bit, to Leo, and did order pizza for Charlie despite the fact that "coma boy" can literally do nothing for her. At the risk of sounding insanely cheesy, Kara's hospital visit may be the best thing to ever happen to her soul.