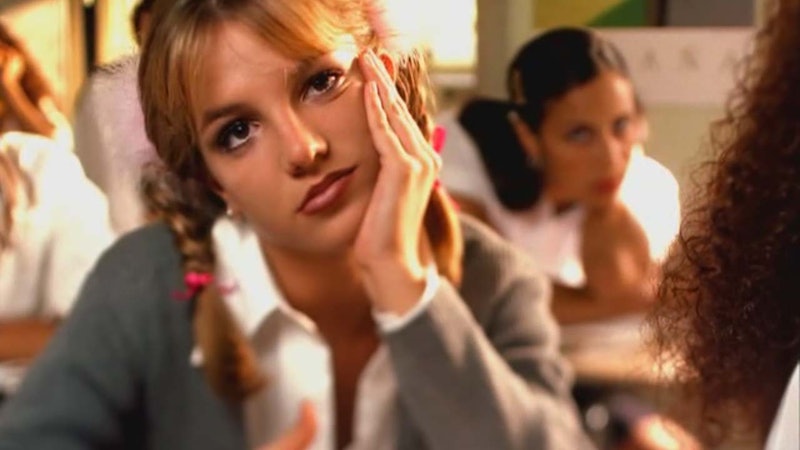 1999 was arguably one of the best years in pop music history. The last year before the millenium gave us Britney Spears singles that still verged on innocence, a Christina Aguilera track that was our first pre-teen illusion to sex, and Ricky Martin in his hip-shaking prime. But what made this such a killer year in music? To find out, I've analyzed the top 10 Billboard hits of 1999, and from the lyrics, we can see just what composes a smash hit at the turn of the century. Behold, the 13 most commonly reoccurring elements in 1999's biggest hits, from money to feeling lonely.

Tying with love, time is also a major theme in the hits of the pre-millenium track list. "It takes time to believe," sings Cher in "Believe". "I don't want none of your time," TLC belts in "Scrubs", and Monica's "Angel of Mine," professes: "I'm checkin' for ya, boy you're right on time." Hear that? Time is truly of the essence.

Perhaps one of the most uttered terms of endearment in song history, "baby" in reference to a significant other is uttered in half the songs on this list. And of course the most notable example comes in the form of Britney Spears' schoolgirl-clad anthem, "Hit me Baby (One More Time)".

Usually in reference to love, as in "Now I know why they say the best things are free," or Christina Aguilera's "Genie in a Bottle": "Baby there's a price to pay..." monetary themes were valued in 1999.

Tying with money, sex is also a hot topic in turn-of-the-century jams. But just like our country hits analysis, it's usually hinted at, but not said explicitly. Monica's "Angel of Mine" sings: "Last night the way you moved is still on my mind..." On the dance floor? In the kitchen chopping onions? Hell no, this is hanky-panky talk, for sure.

Singers in 1999 were feeling lonely, and taking to their emotional ballads to emulate such. "You're going to be the lonely one," Cher threatens in "Believe", "My loneliness is killing me," Britney Spears iconically wails, and Christina Aguilera also references a multitude of lonely nights: "For a century of lonely nights..."

This one is truly boggling. Not standing, or lying or walking, but "sitting" was a popular posture in 1999 hits. Why? Who the hell knows. "Here I sit trying not to cry," Whitney Houston belts in "Heartbreak Hotel."

While not explicitly clear if this is general "have faith!" sentiment, or a belief in the Tooth Fairy and beyond, "believing" in some form is a key element to '90s jams. Cher sings it most plainly, when she asks: "Do you believe in love after love?"

It's important! Maybe we all need a little reminder sometimes to keep that oxygenation flowing!

Surely a pure coincidence (or is it?) but 1999 boasts two songs (#9 and #10) on their top list that reference black animals. Deborah Cox's "Nobody's Supposed to Be Here" mentions a black butterfly, and Ricky Martin's "Livin' la Vida Loca" mentions a black cat. Meow.

Who knows what, exactly, but there is "something inside" that 1999 just couldn't stop crooning about!