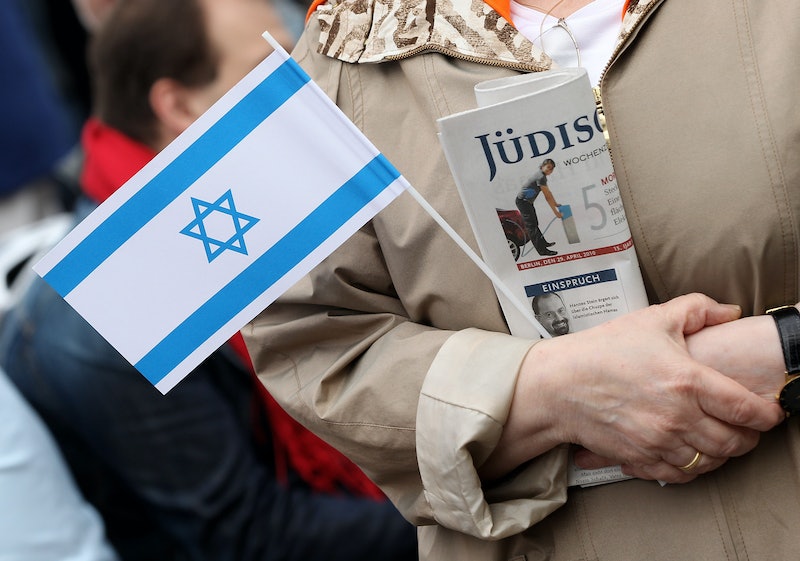 If you're Jewish, turns out that the next time your grandmother tries to tell you all about this Nice Jewish Boy she can set you up with, you have the perfect excuse to turn her down: Ashkenazi Jews are all related, so he's probably your distant cousin. According to new research, it turns out that almost all Jews of European descent are all descended from the same group of people. In other words, they're all family! Distantly, anyway.

According to Live Science, Ashkenazi Jews, who make up about 80 percent of the Jews currently alive today and who trace their ancestry to Eastern Europe, are most likely all descended from the same group of about 350 people who lived about 600-800 years ago. This means that the vast majority of Ashkenazi Jews today are no more than 30th cousins from one another. Which, OK, isn't really enough to make it weird to date that boy your grandma is talking about, but is still pretty closely linked by geneticists standards.

These findings further support the idea that Ashkenazi Jews were originally of mixed Levanitan and European origin, rather than descended from Jewish people in the Khazars, as some have suggested. Based on their research, the geneticists think it is likely that the 350 people from whom Ashkenazi Jews are descended were both Middle Easterners and Europeans.

Of course, the these finding make a lot of sense in light of how insular and how isolated the European Jewish community was for much of the past 600 years. Though obviously there wasn't any actual inbreeding going on, the fact that Jews in Europe historically did not tend to intermarry with Christians means that it stands to reason that Ashkenazi Jews today would only have a limited number of ancestors.

The geneticists are hoping to use their data to help treat genetic diseases common among Ashkenazi Jews, including breast and ovarian cancer and Tay-Sach’s disease. In sequencing the genome of Ashkenazi Jews, they also found numerous gene mutations not found in non-Jewish Europeans, which might contribute to understanding other conditions Ashkenazi Jews may be at risk for. All of which sounds awesome.

And the other side of this news is the simple fact that it's pretty impressive when you think about it. I mean, there are more than 10 million Ashkenazi Jews living today. Those 350 people, whoever they were, they certainly have a lot of great-great-great-great-(etc)-grandkids, including people like Albert Einstein, Steven Spielberg, and our favorite, the Notorious RBG. They ought to be super proud.