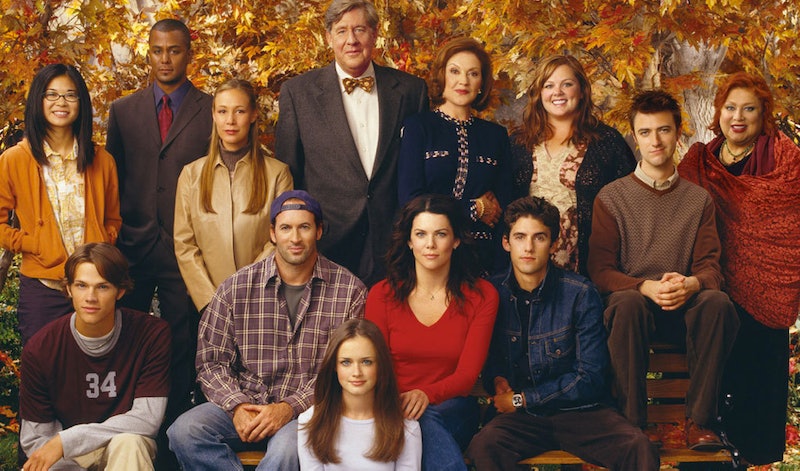 The world rejoiced Wednesday when the announcement was made that beloved 2000s-era dramedy Gilmore Girls would be making its Netflix debut Oct 1. My particular joy over the news was rabid and unfettered. In most ways it still is; Gilmore Girls is my jam. But if Netflix changes the Gilmore Girls theme song we're gonna have a problem. And there's reason to be worried.

When I first started streaming Dawson's Creek on Netflix Instant Play, something seemed a little... off. I waited, and I waited, and Paula Cole's vocals never came. Never did she urge me to seize the day through her own insistence that she doesn't "want to wait for [her] life to be over." The theme song was different, and it's a common enough Netflix tale.

I understand why shows like Charmed, Parenthood, and the aforementioned Dawson's Creek have been subjected to a theme song change: Sometimes copyright issues change between the original television airtime and when a work is streamed on Netflix. Jann Arden's "Run Like Mad" isn't a bad song; in fact, it fits pretty well into the Dawson's Creek millieu. It grew on me, I do admit. It's a solid choice.

Just like hearing this transports you right back to Stars Hollow:

It feels like the television version of home. I really need them not to change this theme song.

There's no replacing "Where You Lead."

I understand that sometimes big corporations aren't thrilled to shill out big bucks to make some rando feel like they're living in kooky small-town Connecticut, but if we're gonna do this, we should do it right — and that means stopping with these theme song swaps before all of golden age WB is robbed of its soundtrack.

We'll always have the "La la"s:

But they better not take my fucking Carole King away.

More like this
Woodstock Co-Founder Michael Lang Faced Several Lawsuits After The 1999 Festival
By Brad Witter
22 Movies On Netflix That Are Perfect For The Whole Family
By Bustle Editors
What’s New On Netflix: 'Never Have I Ever' & 'Indian Matchmaking' Return
By Arya Roshanian
What’s New On Netflix: 'Bridget Jones’s Diary' & 'Monster-in-Law'
By Arya Roshanian
Get Even More From Bustle — Sign Up For The Newsletter