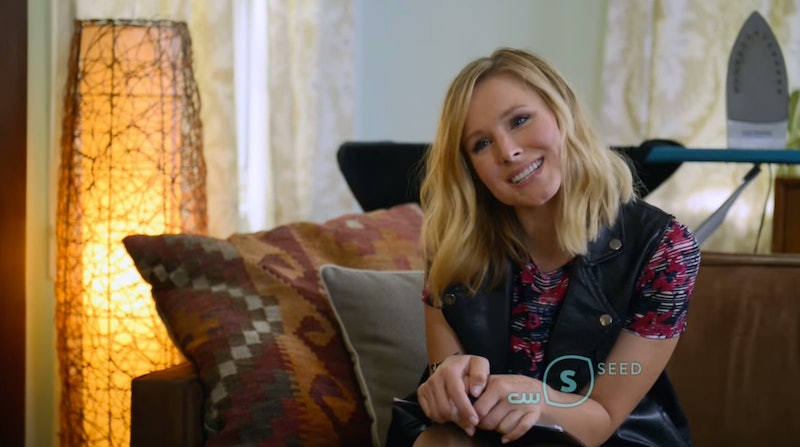 With every new preview that's presented, I just get more and more excited for Play It Again, Dick. And now, with this new trailer for the upcoming Veronica Mars spinoff web series, I'm absolutely elated. It's the longest we've seen so far, and while it doesn't exactly include any new clips from the web series, it does parody HBO's The Newsroom in basically the best way possible. (If you haven't seen any of HBO's promos for The Newsroom's final season, check this one out before you watch the Play It Again, Dick trailer below.)

If you haven't heard if Play It Again, Dick just yet, prepare yourself: It's going to be great. Starring Ryan Hansen, who portrayed Dick Casablancas in the UPN/CW series-turned-movie, the web series will follow a fictionalized, more Dick Casablancas-like version of Hansen as he tries to "capitalize on the current Veronica Mars heat to get his own series on the air," according to Buzzfeed . Said series? Apparently one that follows Dick Casablancas as a P.I., just like Veronica. It'll also feature cameos from other cast members also playing fictionalized versions of themselves, like the lovely Kristen Bell herself, as well as Jason Dohring (Logan Echolls).

You can check out the new, hilarious promo below. Play It Again, Dick will be available to watch on CW Seed beginning September 16, with a new episode being released every week.