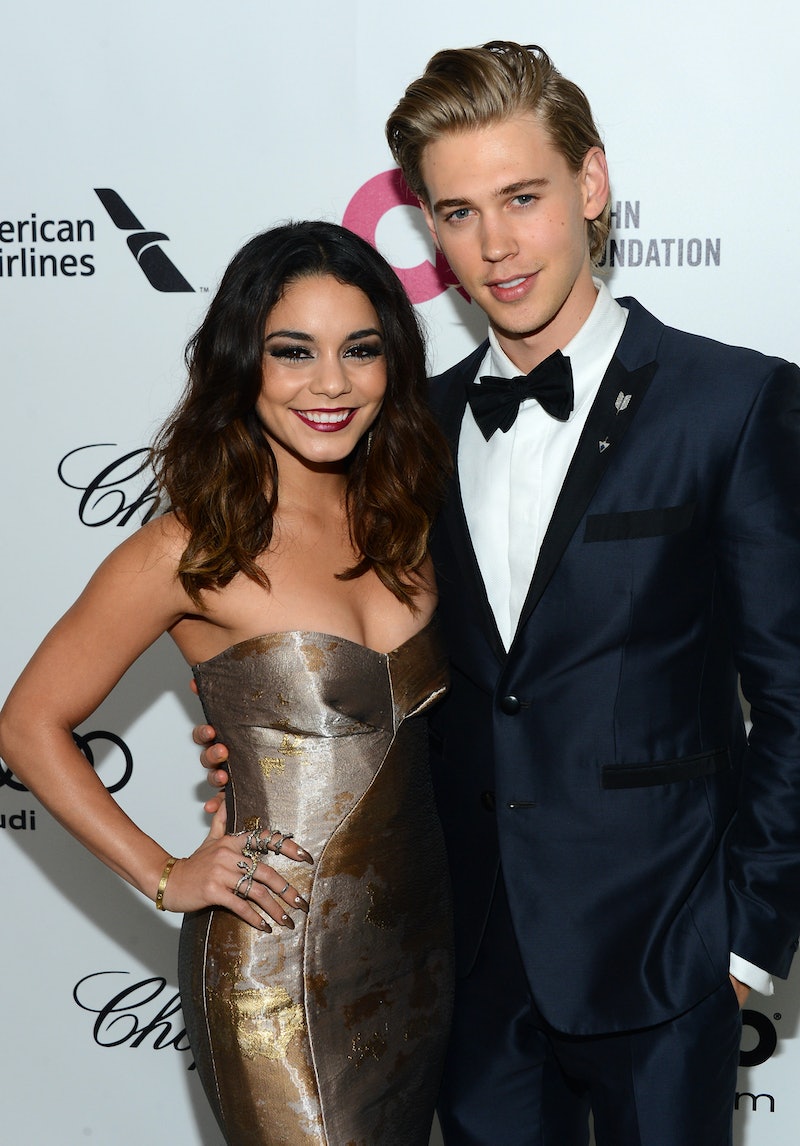 I know there are many people — myself included — who still can't accept the fact that Vanessa Hudgens and Zac Efron aren't together. In fact, there are many people — myself included — who can't believe that it's been four years since they were together and not just on the big screen. However, in the aftermath of the Zanessa days, they've both seemed really happy with other people. Efron might be single right now, but Hudgens has been dating actor Austin Butler since 2012 and their relationship is still going very strong. Butler's mother passed away Thursday morning and it came as no surprise that Hudgens was tweeting her condolences and support before the day was even out. Equally unsurprising is the fact that she received help from close friend and fellow former High School Musical cast mate Ashley Tisdale.

"Lori Butler, my mom, my hero, [and] my best friend passed away this morning," Butler wrote on his Twitter. "Let's all celebrate her. I love you and will miss you every day Mom." Although he gave no details as to the cause of death, this tragedy served to show exactly how close Butler and Hudgens are and what a strong bond they have in their relationship. The first person to tweet their sympathies was Hudgens' mother, Gina, who gave a touching tribute:

Later that night, Hudgens herself retweeted Butler's initial announcement and then added a heartfelt message of her own: "#ripLoriButler #celebrateLori spread the love for Lori". This was accompanied by an emoji of a heart, an angel, and two hands clasped in prayer. Although #RIPLoriButler and #CelebrateLori haven't begun trending on Twitter just yet, Tisdale joined the campaign not even four hours later.

While it's a tragic reason for a High School Musical reunion, it's incredibly heartening to see that Butler has such a strong support system in the Hudgens family and that the years that have passed since they starred in anything together have not stopped Tisdale and Hudgens from supporting one another as well. Of course, that was already clear in the fact that Hudgens was more thrilled about Tisdale's recent marriage to Christopher French than anyone else, but it's the friends that stick with you through the hard times that are the truest friends to have.

Losing a mother is never easy and the close bond that Butler clearly shared with her makes this situation all the more difficult for him, but it's good to know that he won't have to go through this alone. Butler and Hudgens might not be Zanessa, but I'm willing to let go of my High School Musical nostalgia to support a couple of people who so clearly love each other and work so well together.