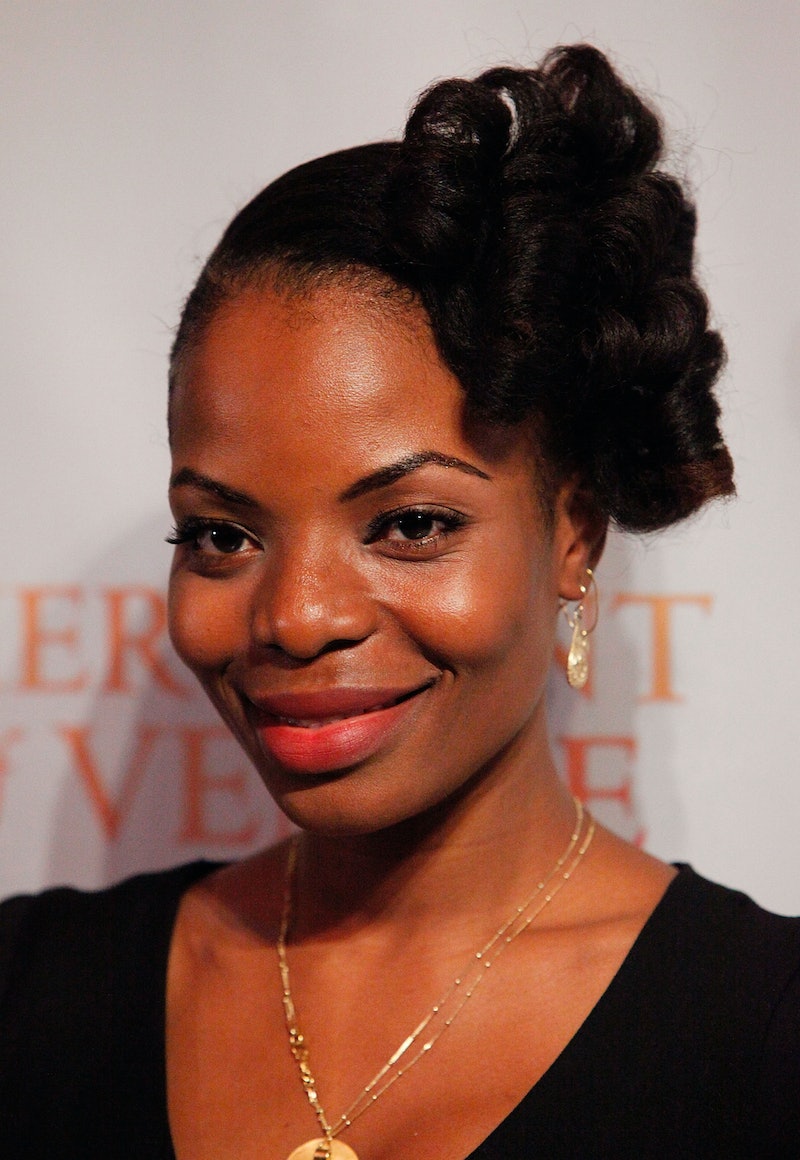 Although we've heard a lot of casting news about Orange is the New Black so far, we've been frustratingly lacking in news about the exact roles the additions to the cast will be playing. For example, we might know that Mary Steenburgen will be playing Pornstache's mother, but we have no idea if she will be working in the prison or appearing in a flashback episode or what. However, the latest casting news comes with an interesting twist that gives us plenty of room for speculation. Marsha Stephanie Blake has been hired to play a corrections officer, making her the second African-American woman on the Litchfield team, but whose shoes will she be filling in Season 3?

Orange is the New Black Season 2 saw the loss of not one, but two correctional officers. We lost George "Pornstache" Mendez when he was (falsely) arrested for raping an inmate and getting her pregnant and we lost the adorable Susan Fischer when she was fired by Joe Caputo in a fit of indignant rage. Now that Caputo has been promoted to Natalie Figueroa's job — if he manages to hold onto it after the events of the Season 2 finale — there are a lot of gaping holes in the Litchfield administration that Blake can step into.

Will Blake be playing a hard ass, drunk with power, corrupt type of officer who takes over Pornstache's Season 1 role of being a big supplier of drugs into the prison? Or will be she be taking over the role of the wide-eyed, naive, practically-out-of-place ingenue who genuinely wants to help the inmates, like poor Fischer? Will she have a main role at all or will she end up like Eliqua Maxwell, the other African-American female prison guard, watching the gates and only really appearing when all of the guards are gathered in a scene together?

Orange is the New Black doesn't have a diversity problem at all and is one of the few shows that can brag such a full cast of minorities of just about every sort, but it would be nice to see a prison guard of color getting as much screen time as the white men that hold all the power in the prison. Then again, that sounds like a fairly accurate reflection of real prison life so maybe it's an intentional choice. Either way, I can't wait to see Blake in action.

More like this
Will Vampire In The Garden Get A Season 2? What To Know
By Kadin Burnett
'Bridgerton' Season 4 Will Likely Focus On This Brother's Divided Heart
By Grace Wehniainen and Alyssa Lapid
The Good Doctor Already Added 2 New Cast Members For Season 6
By Brad Witter
'Bridgerton' Star Nicola Coughlan Confirms Season 3 Will Focus On Colin & Penelope
By Grace Wehniainen and Alyssa Lapid
Get Even More From Bustle — Sign Up For The Newsletter