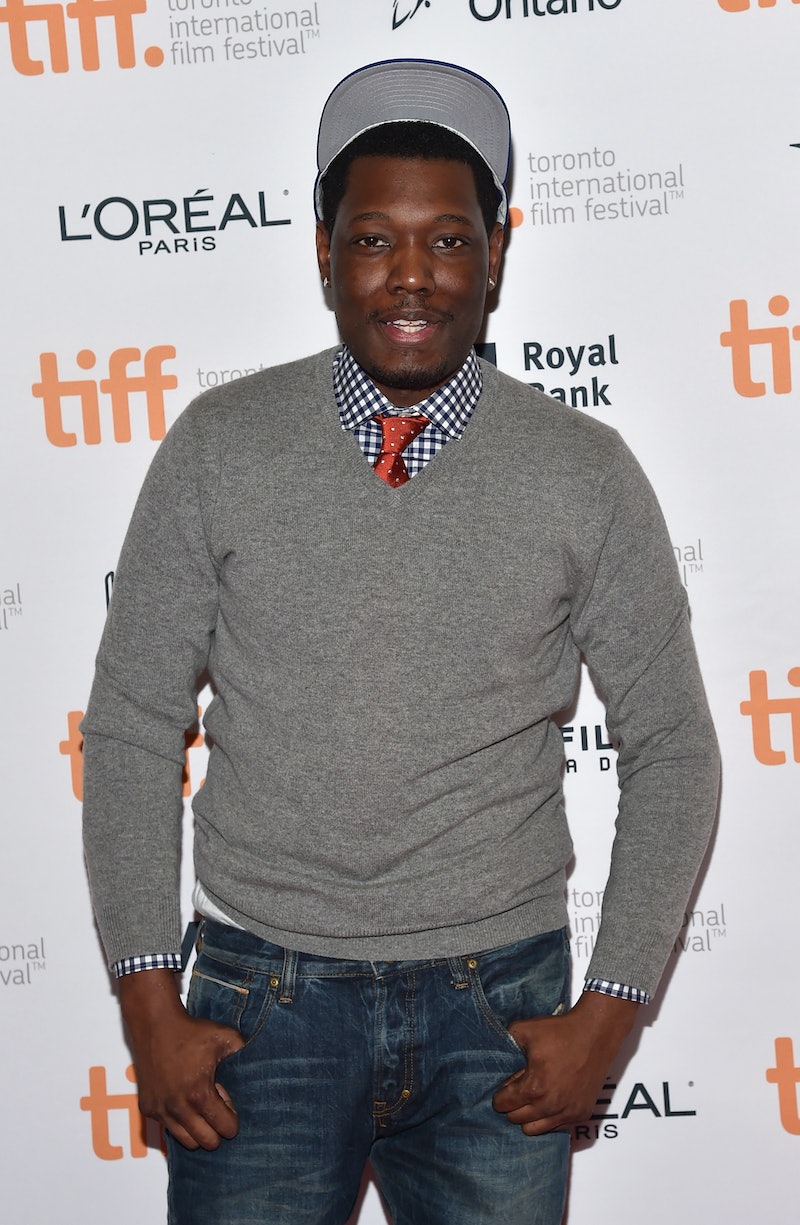 It has to be said that Saturday Night Live could have done better with Season 40. Yes, I know the season hasn't even started yet, but so far SNL has been releasing news that has made me happy one second and kind of sad the next. The first piece of good news was the announcement that Chris Pratt would be hosting the premiere episode, which was great because Pratt can do no wrong in my eyes but sad because it continues the trend of males overwhelmingly opening the season over women. The next piece of good news was the addition of Michael Che to the Weekend Update segment, which was great because Che is the first black host they've had but sad because that makes both Weekend Update hosts male for Season 40. Quite frankly, SNL, you could have done better.

Che is replacing Cecily Strong as the co-host of the Weekend Update segment and thus joining Colin Jost, who is entering his second year as a host. Listen, I know that Deadline reports that Strong apparently wanted to focus on being a full time cast member and I accept that. I wouldn't want her to continue being a Weekend Update host if it was putting too much on her plate. However, that doesn't change the fact that in a perfect world, the Weekend Update segment going into Season 40 would consist of Che and a female co-host.

We have yet, in the history of Saturday Night Live, to have the hosts of Weekend Update be a woman and a male of color and there's no real reason why SNL hasn't taken advantage of such an opportunity yet. I'm not saying that Jost isn't a talented comedian because he certainly is and he's certainly done a fantastic job as host over the past year. It's just that the numerous headlines screaming that Che is replacing Strong on the Weekend Update really, really highlight the fact that a woman has once again lost out on a man in a move that was largely unnecessary.

It would have been a very simple thing for Che to take Jost's position as host instead and for Strong's place to be taken over by one of any of a number of incredibly talented female comedians. It would have been a very simple thing for the Weekend Update segment to maintain the even gender ratio it has maintained inconsistently since 2000, aside from the time Tina Fey and Amy Poehler hosted together and the time Seth Meyers hosted alone. To break that and replace Strong with another male instead of with a female of color or instead of having Che take Jost's position instead is really disappointing.

It honestly feels with Saturday Night Live as though it's impossible to ever be 100% happy with the news that they choose to announce. For every small victory, there is a small defeat wrapped in it and it's usually giving females and female comedians the shaft. Already Season 40 has missed two opportunities to give more spotlight to the talented and funny women of the world and it's starting to feel like we can just expect more and more things like this to keep happening straight up until Season 40 actually premieres.

I'm sure that Jost and Che will do a great job on the Weekend Update segment for as long as they are co-hosting together, but I hope that once one or both of them decides to move on to something else then Saturday Night Live will consider returning to the male-female combination or even back to the two women combination that worked so well with Fey and Poehler. Thankfully, we won't have to worry about losing Strong from the Saturday Night Live family entirely, but it would still have been so much better if we could brag that SNL had finally stepped up the diversity game by having the Weekend Update done by two minorities who don't get as much attention on SNL as they really, really should.

For now, Saturday Night Live has taken a small step forward with their hiring of Che and I'll accept that I should just be happy about that. All I'm saying is that there is, as always, more that they could have done to make this a truly revolutionary move to launch a truly revolutionary season.