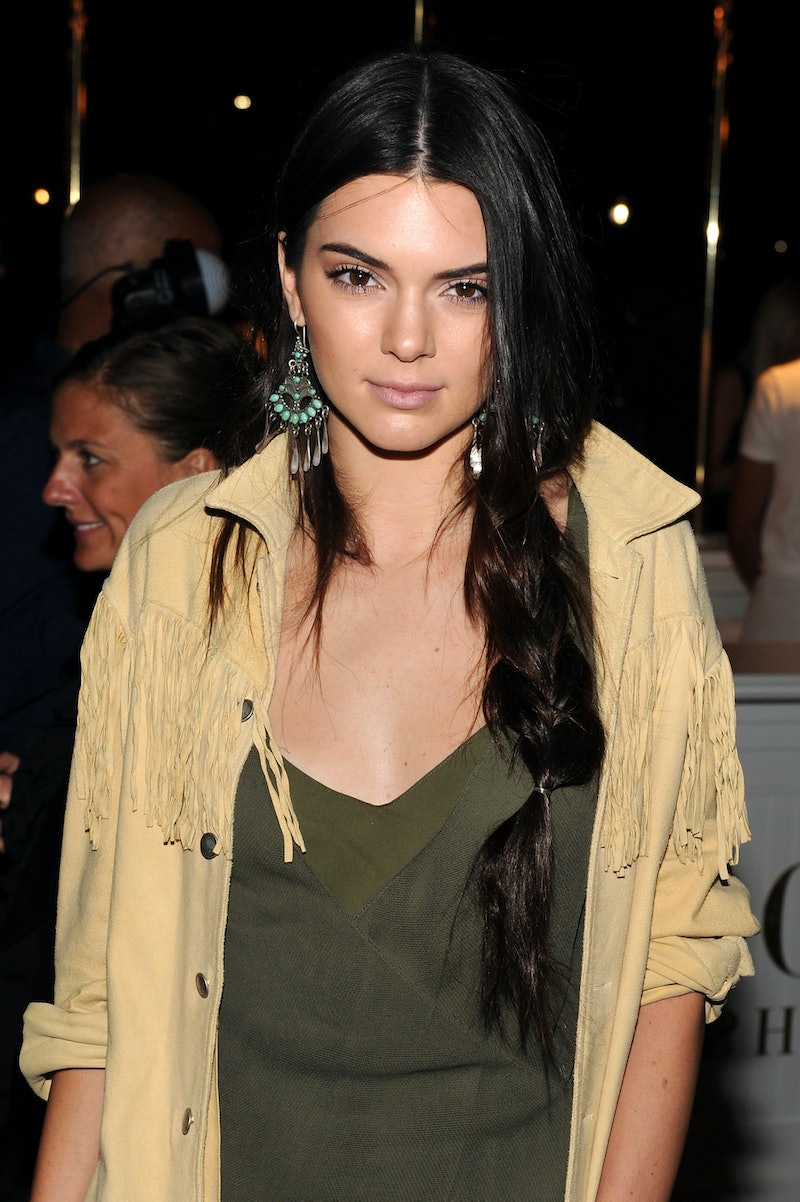 When will people learn that celebrity people are still people and are entitled to privacy and respect just like the rest of us? Kendall Jenner shamed a photographer who snapped an up-skirt photo of the model at a party during NYFW and her anger is totally justified.

Jenner attended a party in honor of the new Miley Cyrus cover of V magazine on Wednesday night, during which a photographer attempted to take an up-skirt shot of the model. Cosmo reports that the resulting photograph is available for purchase through Splash News with the gross caption "Kendall Jenner displays her cheeks and legs as she wears a super mini skirt." Except that she's not "displaying" them. The revealing nature of the image was clearly achieved using a crafty angle (and without Kendall's consent).

In response, Jenner posted the photo on Instagram alongside a highly appropriate caption: "perv." Yup, sounds about right. At first glance, re-sharing the image may seem like an odd choice given that her 13,368,574 followers will now see it. But I think Kendall is trying to reclaim her agency after being violated by sharing the photo on her own terms and taking the opportunity to call out the photographer. In the interest of protecting that agency, I'm going to use a different, non-pervy image of Kendall being fierce at the Diane von Furstenberg Spring 2015 runway show.

More like this
Kylie Jenner Roasts Kendall For Her Cucumber Cutting Skills On TikTok
By Jake Viswanath
The Best Looks From Kourtney & Travis’ Wedding
By Dominique Norman
Kate Had A Solution When Tom Cruise Broke This Royal Rule At The 'Top Gun' Premiere
By Frances Stewart
2022's Top Wedding Hair & Makeup Looks, According To Pinterest
By Olivia Rose Ferreiro
Get Even More From Bustle — Sign Up For The Newsletter