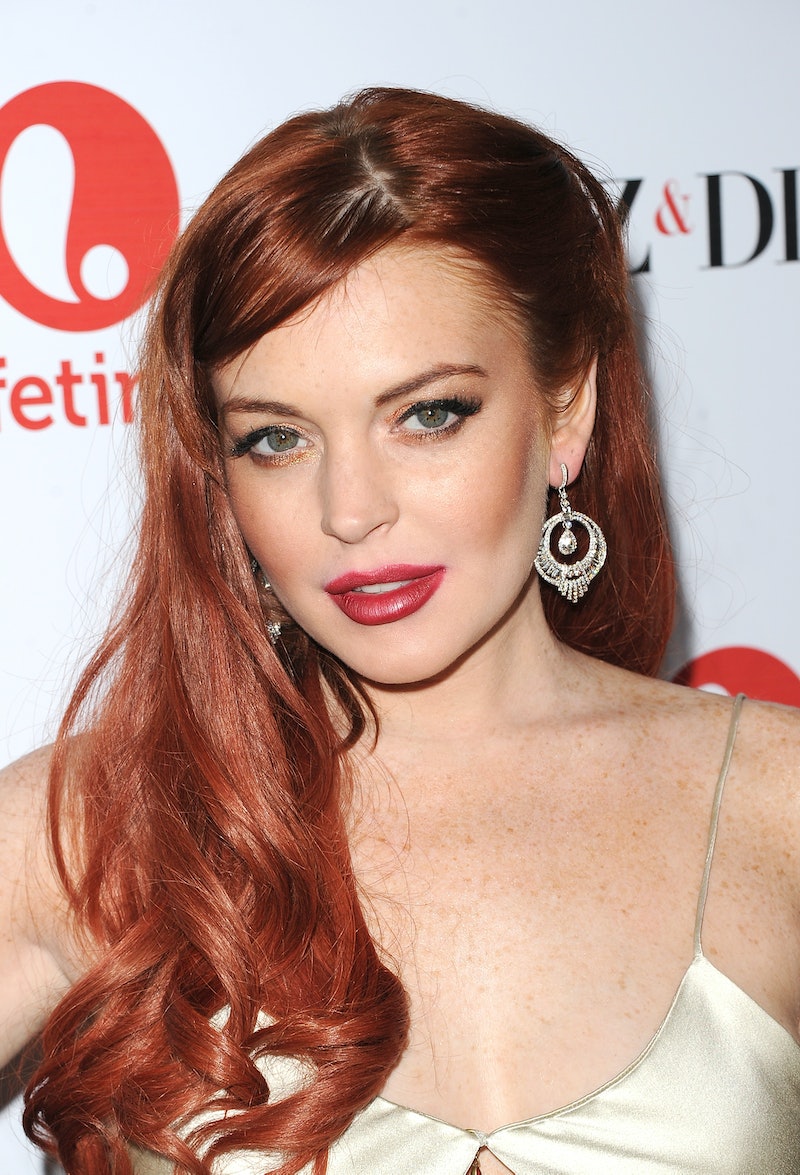 That's right, Lindsay Lohan is hoping to score an Emmy nomination for her role as Elizabeth Taylor in Lifetime's shitshow of a movie, Liz & Dick. Technically, it could be her manager or agent who thinks she deserves the award, but let's not talk technicalities. Just consider: Someone thinks Lindsay Lohan deserves an Emmy. Have we all forgotten this already?

More like this
20 Celebrity Couples Who You Forgot Dated In 2002
By Jake Viswanath
Sandra Bullock, Girlboss Extraordinaire
By Matt Harkins & Viviana Olen
Watch The Dramatic First Trailer For Netflix's Jennifer Lopez Documentary
By Alyssa Lapid
Lisa Marie Presley Reviewed Baz Luhrmann’s ‘Elvis’ Movie On Twitter
By Grace Wehniainen
Get Even More From Bustle — Sign Up For The Newsletter