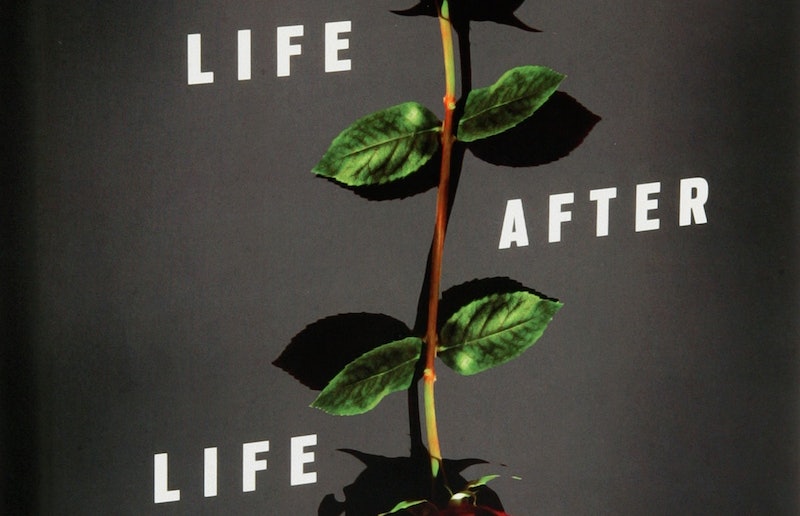 Terms like "sprawling epic" tend to get thrown around when talking about novels that push their page numbers into anything past 500 or so pages while also piling on zips and trips between time and place. Still, a hefty page count and a meaty narrative don't always mean that a book is worthy of being deemed an "epic" (and some of them don't even really sprawl, at least not in a positive manner), but Kate Atkinson's stunning — and yes, sprawling — Life After Life deserves all that sort of praise and so much more.

Atkinson's book stands out not just because of its plot — which, quite admirably, features a very strong woman at its center — but the unique narrative device she utilizes to tell the story. Ursula Todd is born on a cold night in 1910. And then she dies. And then she's born again. And then she dies. You can see where this is going (or can you?), but Atkinson's clever storytelling isn't about rebirth or reincarnation, it's about possibilities and choices and the tiny shifts in the world (sometimes due to our own decisions, sometimes totally out of our reach) that impact individual lies. Throughout the novel, Ursula's life resets with each "death," sending her off into very different storylines that, somehow, always spin off from the same beginning. It may sound confusing, but Atkinson's stellar writing (and, yes, clear titling when it comes to exact date of each chapter) keep things flowing -- suddenly, a chapter-by-chapter life doesn't seem so strange.

If you’ve already read (and loved) Life After Life and are looking for other titles similar to it, there's a lot more to choose from, depending on what exactly about Atkinson's deeply unique story moved you the most.

1. If you're jonesing for another historically set series with a strong lady at its core, it's time you try Diana Gabaldon's Outlander series

Consider this your official call to finally, finally get on board with Diana Gabaldon's beloved Outlander series. Now the subject of a lauded STARZ series, it's easier than ever to fall in love with the imaginative, clever, and time-spanning love story. The books follow Claire Beauchamp Randall, a former combat nurse who — now stay with me — somehow falls back in time during a trip to the Scottish highlands. What she finds there is danger and confusion (and also a total babe), but Gabaldon's high-concept series never loses sight of its phenomenal lead character and its boldly twisting narrative.

So much of Atkinson's narrative occurs under the looming spectre of war — from Ursula's childhood all the way up to her young adult years. Ursula (well, one of her) is eventually involved in World War II in — no surprise here — a number of different ways and different incarnations. Ackerman's novel also centers on a strong lady whose life becomes tangled up with the war effort. Her heroine, Antonina Zabinski, is a true life crusader for good, and the book follows the real story of her and her husband's efforts to save refugees by way of their very own zoo.

3. If you need to spend more time with women who unexpectedly participate in war, get Laird Hunt's Neverhome

If you've already read The Zookeeper's Wife (or you're like me and want to read even more war-set historical fiction), grab Hunt's new novel Neverhome. Set during the American Civil War, the novel follows Ash Thompson, a seemingly average farmer's wife who leaves her home (and her husband) to disguise herself as a man and fight in the war for the Union. Why does she do it? You have to read the book!

4. If you are eager to read up on other very complicated (and that's putting it lightly) lives, try Audrey Niffenegger's Her Fearful Symmetry

So much of Atkinson's book is about untangling different versions of Ursula's life (lives? life? hard to tell which is truly appropriate here) as it's told as, well, totally different lives. Niffenegger's novel puts a twist on that, using two pairs of twins to explore questions of identity, choice, and fate. Who is who? And does it really matter?

5. If you loved the question of rebirth and reincarnation in the novel, you need to read Ann Brashares' My Name Is Memory

It certainly doesn't seem as if Ursula is truly reincarnated each time she dies — after all, she does come back into the same world — but it's still a question worth pondering. Is there a different between rebirth and reincarnation? Is the world really the same when these characters come back to it? What does it mean to be the same person in a new world? Brashares' novel works with those same questions, wrapped up in a big, juicy love story. Think it's complicated to keep on top of Ursula's movements? Try doing it with two people, in love with each other and bound across space and time.

6. If the seemingly dueling possible lives of the book enthralled you, Anya Seton's Green Darkness is just the ticket

A number of Ursula's lives appear to be at odds with each other — how can the same girl get into such different narratives? — and that same theme runs through Seton's dreamy romance. Set in both 20th century and Tudor England, Seton's book follows the brave Celia as she journeys back in time to right old wrongs in order to have a happy future. What she finds there is, well, it's pretty unexpected.

7. If you want to check out another time-spanning story told with an offbeat narrative, grab David Levithan's Every Day

Every single day, teen protagonist "A" wakes up in a different body and in a different life. These are real people, individual people, and A is simply shoved inside of them for 24 hours at a time. What's a boy to do? Well, do his best, and give every one of his temporary bodies a good day. One thing he shouldn't do? Fall in love. Oops.

8. and 9. If you want to experience more of Atkinson's fiction, start with Case Histories and Not the End of The World

Before Life After Life, Atkinson was best known for her clever and wicked Case Histories, a mystery about seemingly different cases (that, yes, all took place at different times) that fall upon investigator Jackson Brodie at the same time. Finding the connections alongside Brodie is the book's big draw, but so is Atkinson's zippy and clear writing. After that, pick up her Not the End of the World, a touching drama about a whipsmart kid who is left abandoned by his fame-hungry mother, and who is suddenly saved by a bold and brilliant new nanny.