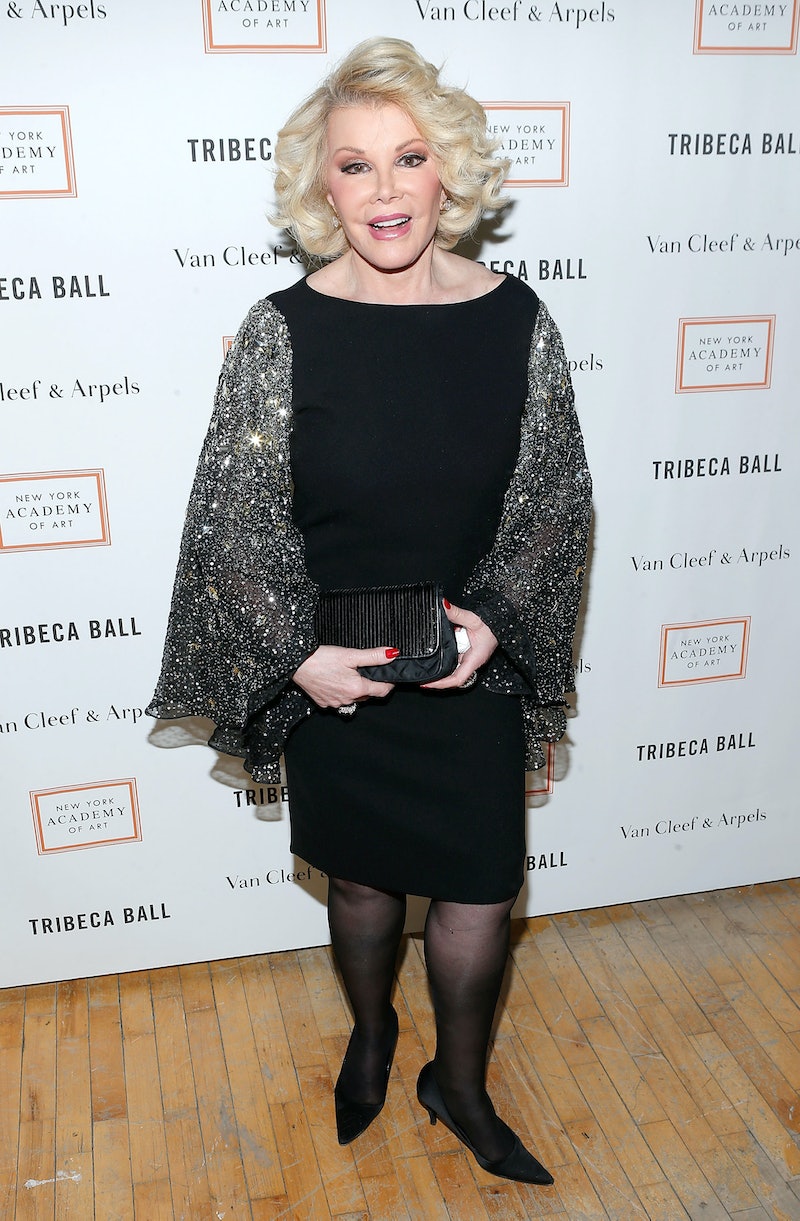 After an unplanned procedure was suggested to have played a role in her passing on Sept 4., the doctor who performed a biopsy on Joan Rivers has either stepped down or been fired from Yorkville Endoscopy. Following Rivers' death, the clinic has faced a lot of scrutiny from fans of Rivers and the media. According to the New York Daily News, what was meant to be a routine vocal cord procedure was prolonged "after another doctor noticed 'something' on the entertainer's vocal chords. This attempted biopsy and the complications that followed would unfortunately turn fatal for the 81-year-old comedienne. While the specifics about the procedure are still unclear, "he said, she said" speculation ensued, and the Upper East Side clinic became the target of threats.

Yorkville Endoscopy responded to the NY Daily News' reports by releasing a statement asserting that "a biopsy of the vocal cords has never been performed [there]." But Rivers' death even prompted the New York Health Department to look into the case, according to the Hollywood Reporter. Now, the management has taken action against the speculation themselves. ABC News sent out a tweet on Sept. 12, claiming that the medical director of the clinic "is out." When pressed for clarification, the news source elaborated. "He is no longer performing procedures at the clinic," ABC News explained in a follow-up tweet.

While the medical director's ousting doesn't offer any answers as to what happened during Rivers' procedure, the story is still developing. Hopefully this announcement will bring some closure to Rivers' family and friends.