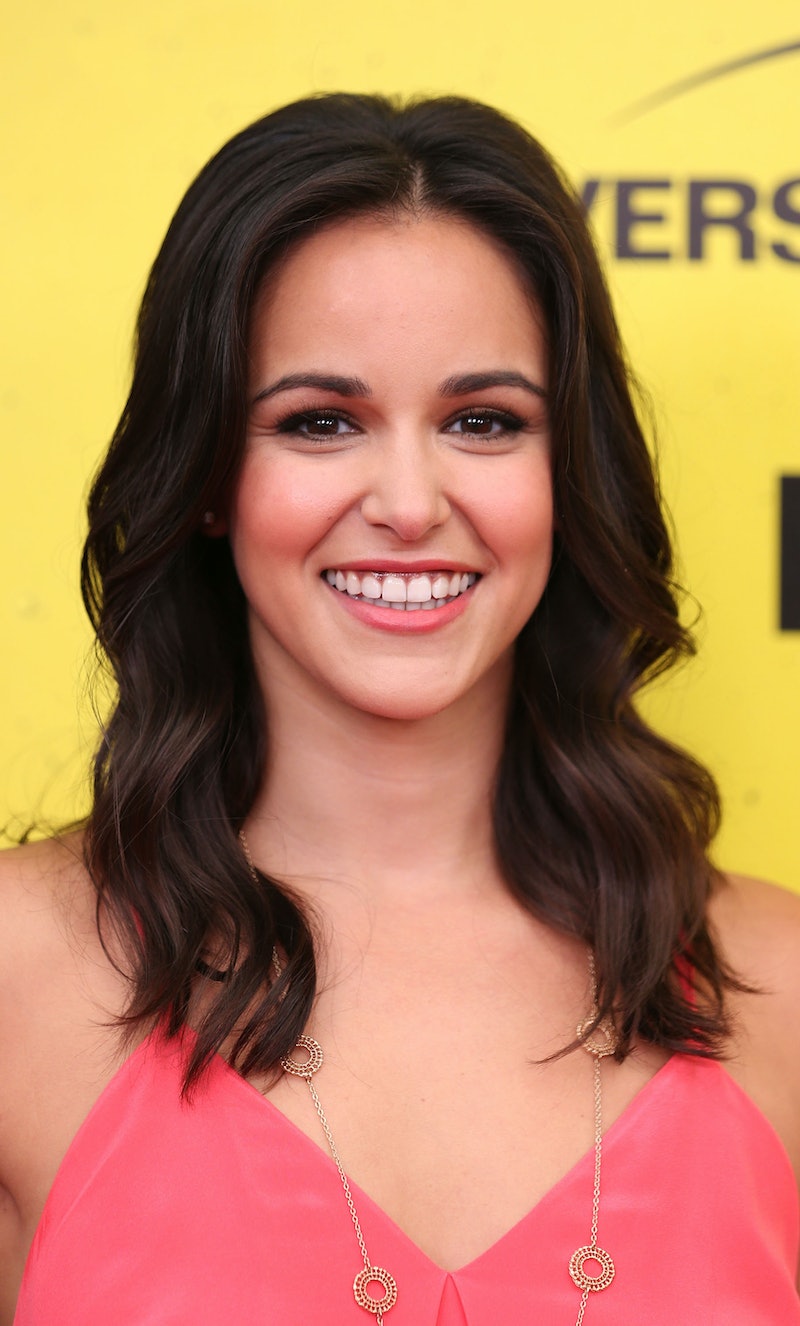 Melissa Fumero is one of the funniest, most shameless, most talented women on TV, and if you don't know much about her outside of her role as "adorable-yet-majorly-OCD" Detective Amy Santiago on Brooklyn Nine-Nine , it's time to educate yourself ASAP. Fumero has basically ruled TV since 1998 when she became a daytime regular, then a collective Internet crush, a serious dramatic actress, regulation hottie, queen of my heart, and numerous other amazing things. Now that she's on Fox's Brooklyn Nine-Nine, Fumero's comedic talent proves that she's a total boss lady and basically done it all, from teen dramas to indie films.

It's difficult to choose just one favorite, unabashed badass actress on Brooklyn Nine-Nine, because they are all amazing and could easily just break off and be their own show, which I would gladly watch, but Fumero definitely deserves recognition. She's had quite a diversified resume before she ventured into the TV comedy world, and it shows. Season 2's premiere date of Sept. 28 has never felt further away than it does now.

As Brooklyn Nine-Nine Season 2 approaches, let's take a look back on the evolution of Fumero's career from daytime TV mean girl to primetime comedy goddess. To begin, the early years:

Fumero got her start as Adriana Cramer on the daytime classic One Life To Live, appearing in a total of 208 episodes from 1998-2011.

Fumero also had a brief stint on Haute & Bothered, a web series about a group of fashion-obsessed twentysomethings competing against each other in design school.

In 2009, Fumero showed her comedic genius with small roles in I Hope They Serve Beer In Hell and Important Things With Demetri Martin.

Fumero channeled her Haute & Bothered character when she landed the part of Zoe on Gossip Girl. She also appeared on All My Children, CSI:NY, and The Mentalist.

You might not know that Fumero appeared in the independent, Kickstarter-funded film The House That Jack Built, the story of an ambitious young Latino man named Jack Maldonado who buys a small apartment building in the Bronx to house his entire family, rent-free. Fumero plays Jack's fiance, Lilly.

After years of working successfully in TV and landing guest roles on comedy series like Royal Pains and Men At Work, Fumero nabbed the part of Detective Amy Santiago on Brooklyn Nine-Nine, opposite Detective Jake Peralta (played by Andy Samberg). She is perfect in the role.

More like this
Ncuti Gatwa Has Found It “Tricky” Navigating The Spotlight
By Niellah Arboine and Sophie McEvoy
Sandra Bullock, Girlboss Extraordinaire
By Matt Harkins & Viviana Olen
Spice Girls’ Net Worth: The Richest Member Is Wealthier Than The Rest Combined
By Hugh McIntyre
Pete Davidson & Kate McKinnon Are Part Of A Reported Major SNL Cast Shakeup
By Brad Witter
Get Even More From Bustle — Sign Up For The Newsletter