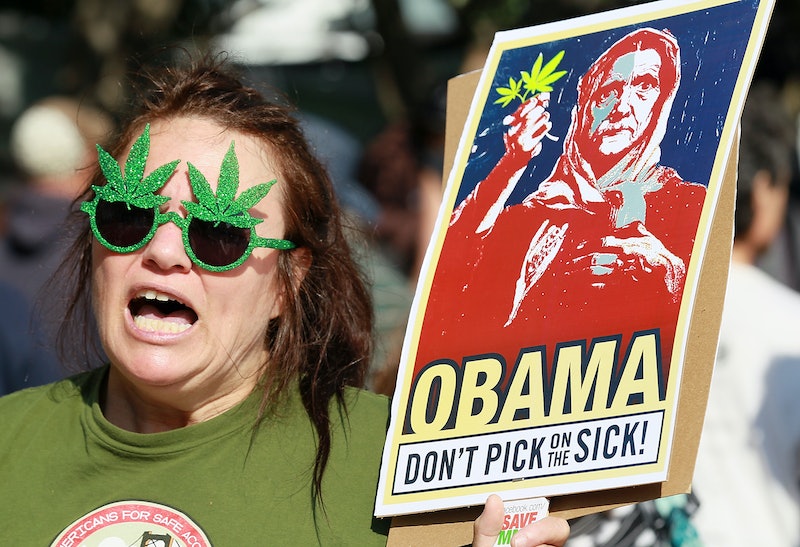 Familiar questions about the President's views on marijuana have begun to see a comeback in White House press conferences, following a widely-circulated op-ed by CNN Chief Medical Correspondent Sanjay Gupta entitled "Why I changed my mind on weed." Considering that Gupta was Obama's first choice for the position of Surgeon General, many people have wondered if his blessing would be enough to sway the President's own views.

Obama's principal deputy press secretary Josh Earnest responded to these inquiries with a carefully worded statement that read, "The president does not at this point support a change in the law." Kind of reminiscent of the old "evolving" position on gay marriage, huh? Maybe all it'll take to get Obama to take a stand is another little slip of the tongue by our friend Joe Biden. Ta-da! Evolution complete.

This is hardly the first time that Obama and his spokespeople have awkwardly dodged questions about marijuana. Obama's crowd-sourced Youtube Q&A, "Your Interview With the President," straight up ignored a question regarding the legalization of the drug, despite the fact that it had been voted to the top spot.

The Drug Enforcement Agency, as Gupta points out, still classifies marijuana as a schedule 1 substance with "no accepted medicinal use and a high potential for abuse." Meanwhile, medical marijuana has been legalized in 20 states (and the District of Columbia). Earlier this month, however, Attorney General Eric Holder also announced plans to loosen the standards of punishment in the country's forty-year-old "War on Drugs."

And now, for your entertainment, watch Obama squirm over a medical marijuana question at a campaign event in Minnesota:

Hey, it could be worse: