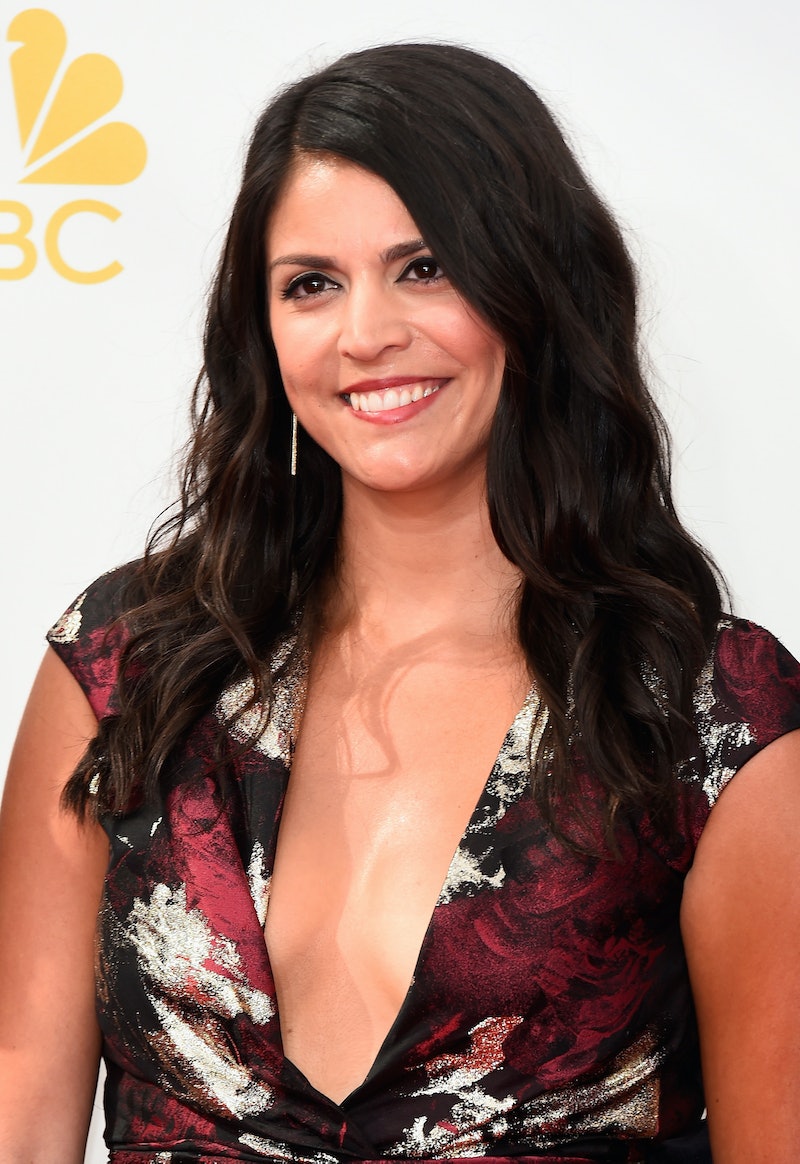 If you're still weeping tears of sadness after learning that Cecily Strong was replaced by Michael Che as one of Saturday Night Live 's Weekend Update anchors, then stop. Take deep, relaxing breaths and immediately dry your eyes because Strong's not losing any sleep over the lineup change. For one, she officially has one less SNL obligation to juggle, which frees her up to focus solely on skit performances, and secondly — most importantly — Strong's awesome response to being cut from SNL's Weekend Update shows that she's genuinely happy and at peace with the decision.

In a post she shared on Instagram, Strong appeared to be super laid-back about what the future holds, and invites fans to adapt her Zen outlook on the situation. She captioned a photo of herself lying next to her dog: "I don't see this as me leaving update, just as me being on update in a looser, goofier way that is a lot more fun for me and in a way I think I'm better at. And now I get to do features with the very funny and wonderful Michael Che!"

It's refreshing to see that Strong isn't holding any grudges. In fact it's really admirable to see her maintain such a positive, upbeat attitude in the midst of such a huge transition. Unfortunately, the one thing that does have her a bit bummed out is a little neck pain she developed after grooving too hard on the dance floor, and she doesn't even seem too mad about that."Also, I danced too hard last night, so now I am wearing a hot pad on my neck. Be angry and sad for me about my dumbass neck," Strong wrote.Check out Strong relaxing with her adorable puppy below: