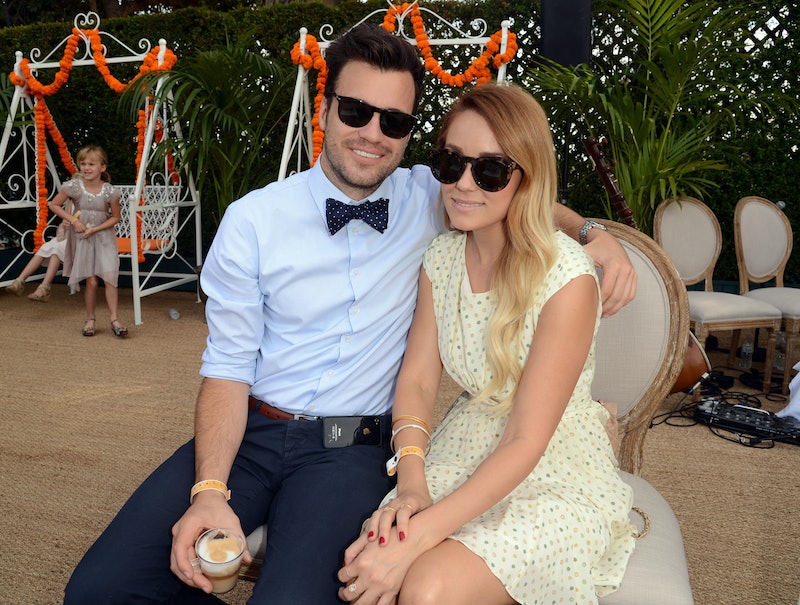 Let's go back, back to the beginning ... this love story started when Lauren Conrad met William Tell on a Valentine's day blind date in 2012. In October 2013, the musician proposed to the reality TV star turned fashion mogul and on Saturday, Sept. 13, Conrad and Tell got married in an intimate ceremony in front of close family and friends along the California coast, reports Us Weekly. Conrad's best friend, also known worldwide as the woman who came up with the amazing Justin Bobby nickname, Lo Bosworth was a bridesmaid. No word yet if Kristin Cavallari was in attendance, but she did tell Reveal.com back in April that she was not expecting an invite.

So far, social media maven LC hasn't posted any wedding pics, but her Instagram and Pinterest are full of hints as to what the big day may have looked like. Also, back in August, the 28-year-old revealed her line of bridesmaid dresses under her new design label, Paper Crown, and ethereal photos of women in soft lighting wearing flowing, grecian, neural-tone dresses took over her web presence. You can be sure that as soon as those wedding pics emerge, we'll be seeing more softly lit photos of young women in cat eyeliner and Paper Crown dresses. If we're lucky, there might even be a Stephen Colletti sighting, but don't hold your breath.

While the wedding sounds wonderfully LC, I am wondering about a certain HD. Did Hilary Duff perform at the ceremony? "Come Clean," the perfect Laguna Beach theme song, would've been a magical selection for the aisle walk. Or maybe the cocktail hour? Hell, even if Duff sang it while people were parking, even that would've been OK. All I'm saying is that an homage to the good old days wouldn't have been so bad, right?

And no, Natasha Bedingfield's Hills theme song "Unwritten" would not have been welcome at LC's wedding, if I had anything to say about it. The lyric "ending unplanned" isn't the best when you're saying "'til death do us part." The ending is, you know, pretty much planned.