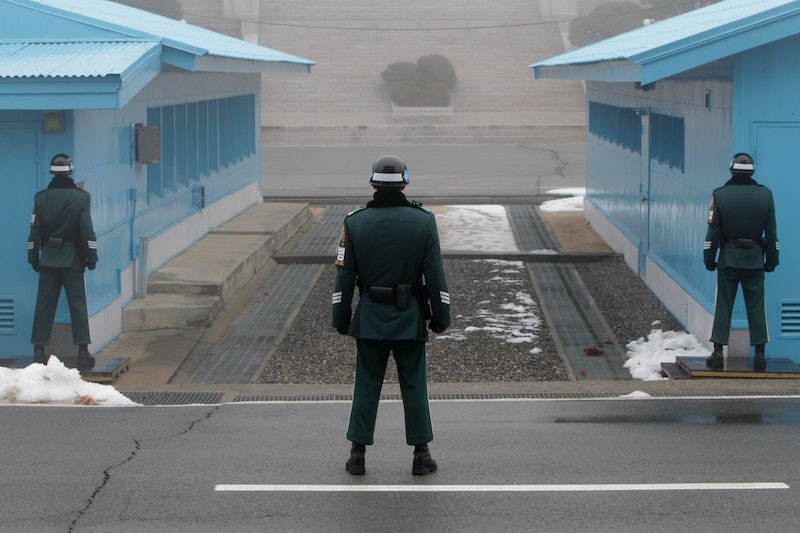 More than four months after he was detained by the North Korea government, American citizen Matthew Miller was sentenced to six years of hard labor for a crime that still remains unclear. Miller, a 24-year-old from Bakersfield, California, was accused of committing "hostile acts" when he entered the country via a tourist visa earlier this year. He is one of three American citizens currently known to be held by the North Korea government.

Although initially detaining him for unruly behavior, North Korea later accused Miller of entering into the country "under the guise" of being a tourist. According to the state-run Korean Central News Agency, Miller ripped up his tourist visa when he arrived at Pyongyang's airport. He allegedly shouted that he wanted to seek asylum in North Korea, though the reason why is still unknown.

The Associated Press reported that during his trial, which lasted 90 minutes, the court said Miller purposely wanted to get arrested so he could expose North Korea's human rights violations, and that the claims of asylum were a ruse. The court also alleged that Miller falsely claimed to have secret U.S. intelligence information on his electronic devices.

In a previous interview with CNN, Miller stated that he "deliberately committed my crime." However, he wouldn't say exactly what the crime was. The interview was monitored by North Korean officials, and it's possible he gave these statements while under coercion or duress.

Miller told CNN at the time:

I will say that I prepared to violate the law of the DPRK before coming here. And I deliberately committed my crime. I have already admitted my guilt and apologized to the government of the DPRK and I have been asking for forgiveness.

He also wouldn't elaborate on why he was seeking asylum in North Korea, but further expressed frustration with the U.S. government for failing to come to his rescue. "The American government is known for having a strong policy of protecting its citizens, yet for my case there is still no movement," Miller told CNN.

Miller reportedly waived his right for a lawyer at his trial. The court ruled that there would be no appeals to the decision.

Now that Mr. Miller has gone through a legal process, we urge the DPRK to grant him amnesty and immediate release.

Miller, who was reportedly living in South Korea, planned his trip to North Korea through Uri Tours, a New Jersey-based company. The company's chief executive, Andrea Lee, told The Los Angeles Times that it has upped its vetting process following Miller's arrest.Currently, two other American men are being held captive in North Korea. Kenneth Bae is serving a 15-year hard labor sentence after being accused of performing Christian missionary work, which is illegal in the country. Meanwhile, Jeffrey Fowler is awaiting trial for allegedly leaving a Bible in a restroom. Images: Getty Images (2)