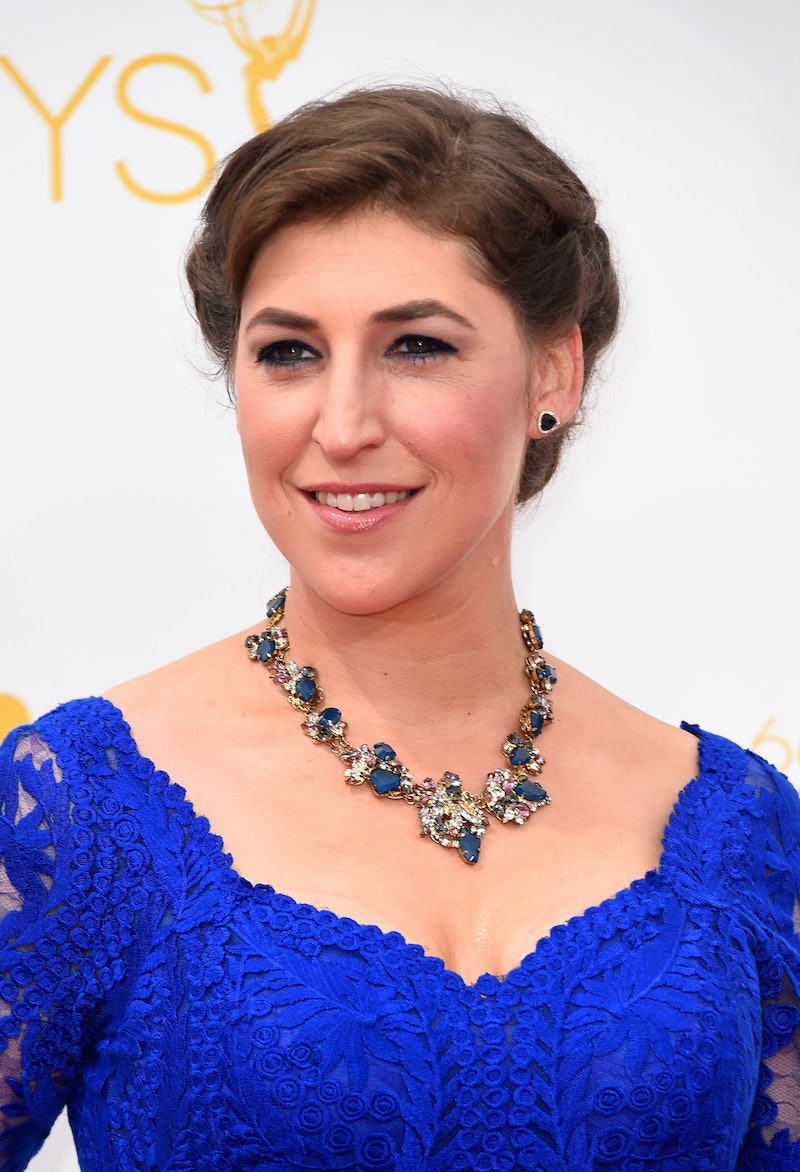 Big Bang Theory actress Mayim Bialik isn't happy about Ariana Grande's new, sexier image popping up on billboards all over town. In fact, she isn't quite sure what it is Grande does, exactly. In a post titled "The Problem With That Giant Billboard of Ariana Grande" for the Jewish parenting blog Kveller, Bialik wrote that she does not approve of Grande's promotional billboards.

"I just don't understand why this is what ads need to look like. Why do I have to be okay with young women literally in lingerie on gigantic billboards? If I want to see women in lingerie, I can walk through any mall with a Victoria's Secret."

Fair enough. But she didn't stop there: "There is one [billboard] for Ariana Grande, and I will go ahead and admit I have no idea who she is or what she does. Based on the billboard, she sells lingerie. Or stiletto heels." Ouch. However, Grande's billboards aren't the only ones Bialik takes issue with; in the post, she also expressed her dislike for Levi's and Masters of Sex ads: "Seriously? How am I supposed to explain those to my kids?" Can't help her there, unfortunately.

Bialik's post does have a bit of a "kids these days/get off my lawn" kind of vibe going, but she freely admits to being "a crotchety old lady." At least she's cool with it.