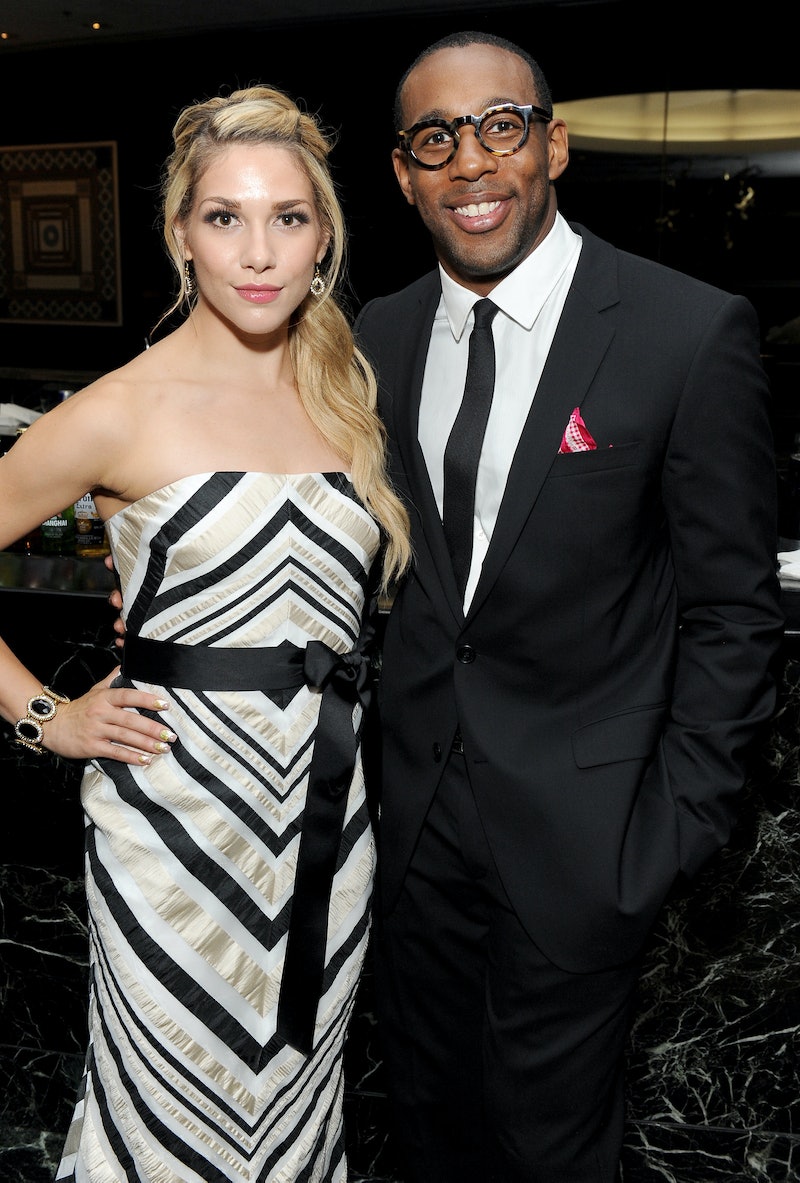 Dancing With The Stars is back on ABC for its 19th season and along with it comes new DWTS dance pro and SYTYCD alum Allison Holker. The talented dancer really isn’t a newbie for true DWTS fans. While it’s the first time that she is a "pro" for DWTS, she choreographed some of the dances last year, landing herself an Emmy Nomination for Outstanding Choreography. Her first celebrity dancing partner is none other than Aaron Samuels (Jonathan Bennett) from Mean Girls (my fingers are crossed for a little Lindsay Lohan-inspired "Jingle Bell Rock" rendition somewhere in one of their dances), and all in all, it looks like Allison is set up for a pretty grool first season.

Of course, Allison originally competed on the second season and the all-star season of So You Think You Can Dance, where she actually met her future husband and fellow SYTYCD alum. Holker and fellow SYTYCD legacy, Stephen "tWitch" Boss began dating during the seventh season of the show and were married in December at Nigel Lythgoe’s Vineyard in Paso Robles, CA. Allison told Dance Spirit Magazine about courting tWitch early on: "I didn’t just make one move — I made, like, 10 moves and he wasn't seeing them, so I had to put myself out there even more. From the first week of SYTYCD as All-Stars, I thought he was the cutest guy ever. His personality was so fun."

Here's the deal, though: Holker and Boss are actually the cutest couple ever. Seriously, their social media profiles are one big love declaration, which would normally annoy me, but they are the cutest little dancing couple. At their wedding, they surprised their guests with a choreographed dance to Justin Bieber (which Allison's daughter from a previous marriage helped them out with). If anyone else did that, It would look pretty lame, but they made it look awesome. As they do with everything — case and point:

Also, this is the best engagement video ever:

But of course, Allison is more than who she married, so let's get to know the talented lady a bit better:

She's "Terrified" of Sugar (But She Has a Decent Reason!)

"She’s terrified of sugar," Bennett told Just Jared Jr. "She saw a documentary and now anything I eat she’s like 'Let me see that! How much sugar is in it?' and I’m like 'It’s Gatorade!'" Her response? "It physically scares me! I feel like it’s going to eat me alive and hurt me."

Holker was a backup dancer in High School Musical (aka the move that gave us Zac Efron) so she could probably do a pretty good replica of the "We're All In This Together" dance, doncha think? Holker also played a cheerleader in the first movie, per her IMDB. Looks like I am going to have to go back and watch that movie all over again. What a chore.

Her daughter is the cutest

Weslie Fowler is Allison's 6-year-old daughter from a previous relationship, but tWitch and Weslie get along great, per Holker. The dancer told Dance Spirit Magazine, "Eventually [Weslie and tWitch's relationship] grew to where it is now — it's like she has a second daddy. Their relationship is so beautiful, it makes me want to cry. She loves him so much, and he is such a good example of what a man should be." I'll pause for "oohs" and "awws."

Not only did they post a bunch of pictures while visiting Harry Potter world at Universal Studios, but there were wands at their wedding. Yeah. Real wands. Holker posted an Instagram pic with the caption: "EXPECTO-PATRONUM !!!!!! GRYFFINDOR class of 2013 #bridesmaids #bridesmen #bosswedding2013 #harrypotter" Best wedding pics ever? I think so.

As if Allison wasn’t busy enough, she is also playing the role of Charlie on VH1's dance show, Hit The Floor. This means she must dance 365 days a year, because her projects seemingly never stop. Keep it up, girl!