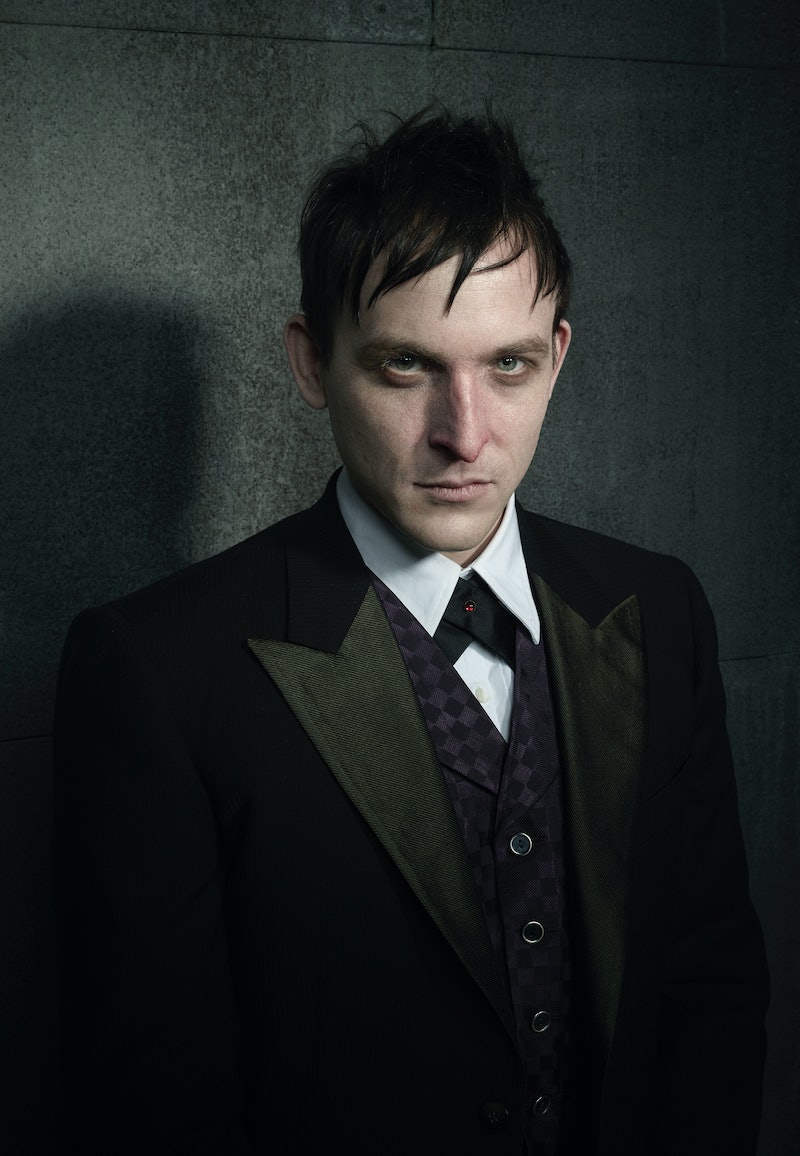 Oswald Chesterfield Cobblepot might not be a name people outside of the comic book world know very well, but his alter ego is undeniably famous. In the new Fox series Gotham, Cobblepot will be one of the many characters in the forefront of pre-Batman Gotham City, as he will one day become one of Batman's worst villains. Oswald Cobblepot will become The Penguin.

In the Batman TV series from the '60s, The Penguin was a rather silly but fun villain as played by Burgess Meredith. He was slightly upgraded in 1992's Batman Returns when we was played with more darkness by Danny Devito. While The Penguin from Tim Burton's film was a re-imagining of the character to make him more freak show-esque, the comic book version of the character still retains quite a bit of fascinating qualities, despite his only slightly more traditional appearance. In the comics, Cobblepot is a short, wide man with a very sharp nose. He also has a huge love of birds and was always forced to carry an umbrella by his mother in case of rain. The name Penguin was adopted after years of bullying Cobblepot endured with everyone from classmates to crime leaders, wherein they called him a penguin due to his appearance and taunted his weakness. Cobblepot decided to use the name as his alter ego and use it to bring fear to the word, rather than let it be an insult.

The interesting thing about The Penguin in the comics is that surprisingly, Cobblepot is not crazy like many of the villains Batman fights regularly (though DeVito's version in Batman Returns definitely was). He was just a man pushed to the life of crime who decided to excel at it by becoming a crime lord. The Penguin is also not equipped with any special powers, but he is extremely clever and cunning, which is used as his main weapon. He also equips the umbrellas he carries with different types of firepower and weaponry, like machine guns, swords or knife tips, and even poisonous gases. He dresses in a tuxedo and top hat and adopts the idea of a "high-society gentleman" of crime.

It will be very interesting to see how Gotham's portrayal of the character compares to The Penguin's personality, since the actor himself, Robin Lord Taylor, looks almost nothing like the character as he was imagined in the comics. In promos for the show, Taylor looks to be doing an impressive job of playing Cobblepot as slimy, manipulative, and smart. He plays crime lords like his boss Fish Mooney, as well as the police, and he also seems to be snitching for rival mob bosses Carmine Falconi and Salvatore Maroni. Double crossing so many people will almost certainly get him into trouble with both sides of the law, but it also allows him to have his hand in all operations. Because of all this, when he finally becomes the villain he is destined to be, Cobblepot will likely be smarter and more powerful than anyone in Gotham ever imagined.