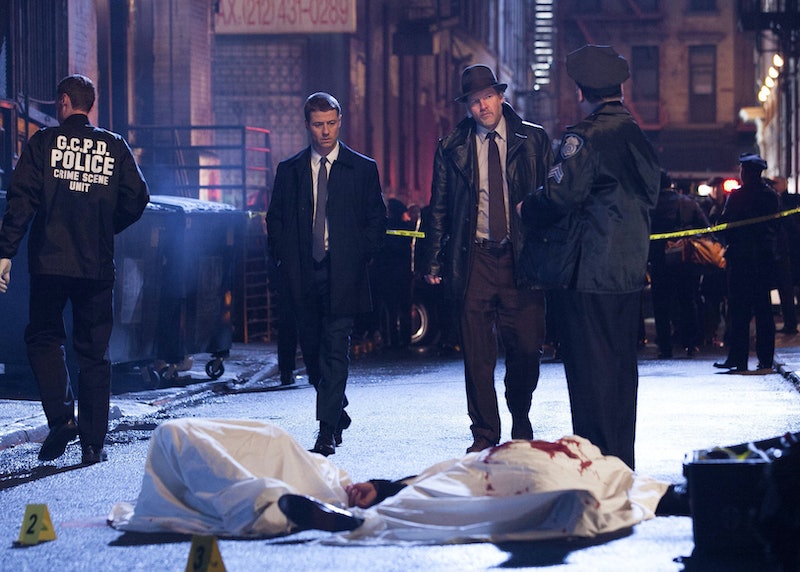 In case you weren't already aware, something huge is coming to Fox this fall. It also happens to involve Batman and an O.C. alum, thereby inflating just how huge it is. This enormous entity is Gotham , and below, you can watch a preview, hosted by the one and only Ben McKenzie. The show looks like it's going to be an awesome, thrilling sorta-kinda-origin story for fans and non-fans of Batman's story alike.

Here's why: It's not quite an origin story. It's about Jim Gordon — aka the Gary Oldman character in The Dark Knight series— and while McKenzie's no Gary Oldman, he still seems like a formidable leading man for the show. As we see this world unfold through this character's eyes, we get to meet all sorts of famous characters we know and love — or hate — in their formative years.

In the preview, you see people you may know as The Penguin, Poison Ivy, and of course, Batman, as people, leaving you wondering, "what the hell happened to them to make them morph into those characters? How atrocious and terrifying are their backstories?" Further, it's its own story in its own right; it just lives in the familiar land of DC Comics.

And, oh yeah — it looks pretty darn thrilling, too. The music certainly helps — you know shit's getting real when the music's getting intense.