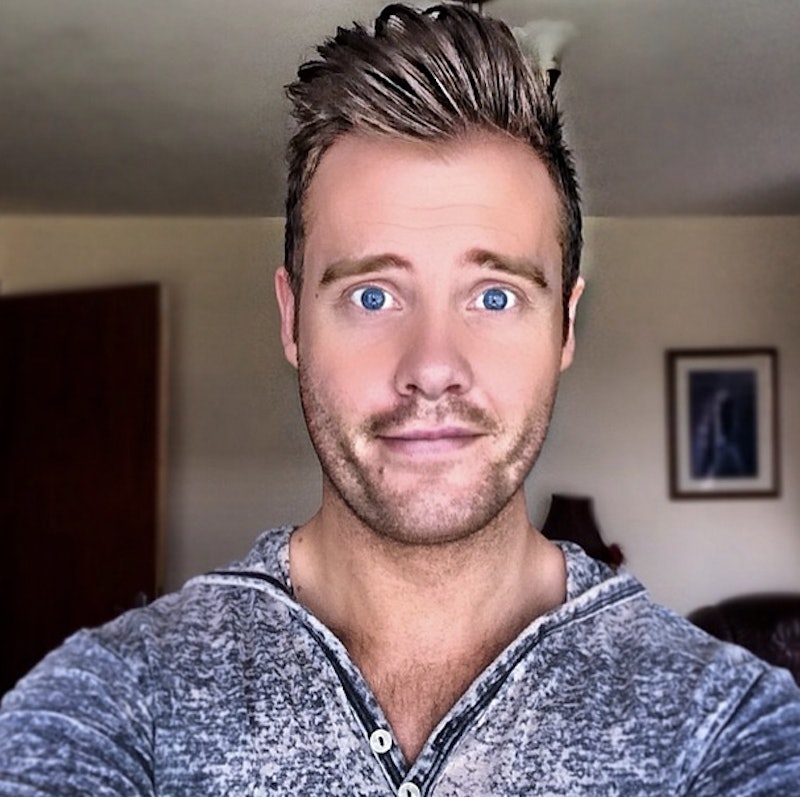 Since she made her big return to Season 6 of Real Housewives of New Jersey, we've seen Dina Manzo go through a lot of loss. In addition to being separated from her husband Tommy, Dina has been preparing for her daughter Lexi to go to college. Sunday night's episode showed Dina getting ready to say goodbye to another person in her life, her assistant Luke, who moved to Ireland. RHONJ fans watched Dina hire Luke in Season 1 and he's stuck by her side ever since. So it wasn't too surprising when Luke's goodbye quickly turned emotional for Dina and her daughter, who hoped he would soon return to the U.S.

Unfortunately, for them, Luke is still happily living in Ireland, but he hasn't left his Jersey life behind. Luke was born in the U.K., so his move brought him much closer to home after his stint in America — which he emotionally told Dina he thinks was meant to bring him to her and Lexi. In the episode, Dina explained that Luke was much more than an assistant to her, and was someone who'd become like a brother to Lexi and an important of their family. She also revealed that she often vented to him about her frustrations with her sister Caroline and sister-in-law Jacqueline.

After going through everything that they have over the past five years, it will take more than a move to truly separate Dina and Luke. On Sunday afternoon, Luke posted a photo of the RHONJ episode description to his Instagram with a sweet caption proving that they're as close as ever.

That isn't the first time he's shown Dina some love on Instagram since moving. He expressed support for her when RHONJ Season 6 premiered and in July posted a cute photo of the two with the caption "Mother and son!"

So we know that Luke is still in Ireland and close with Dina, but where does that leave us RHONJ fans? We just got Dina back and we already have to saw goodbye to Luke? His appearances this season have always been fun to watch and I don't think anyone would've complained about seeing more of him.

Maybe Luke can schedule his Jersey visits during filming for RHONJ, or even better, maybe Bravo will give us a spinoff. Dina & Lexi Take Ireland sounds like a Bravo dream come true.