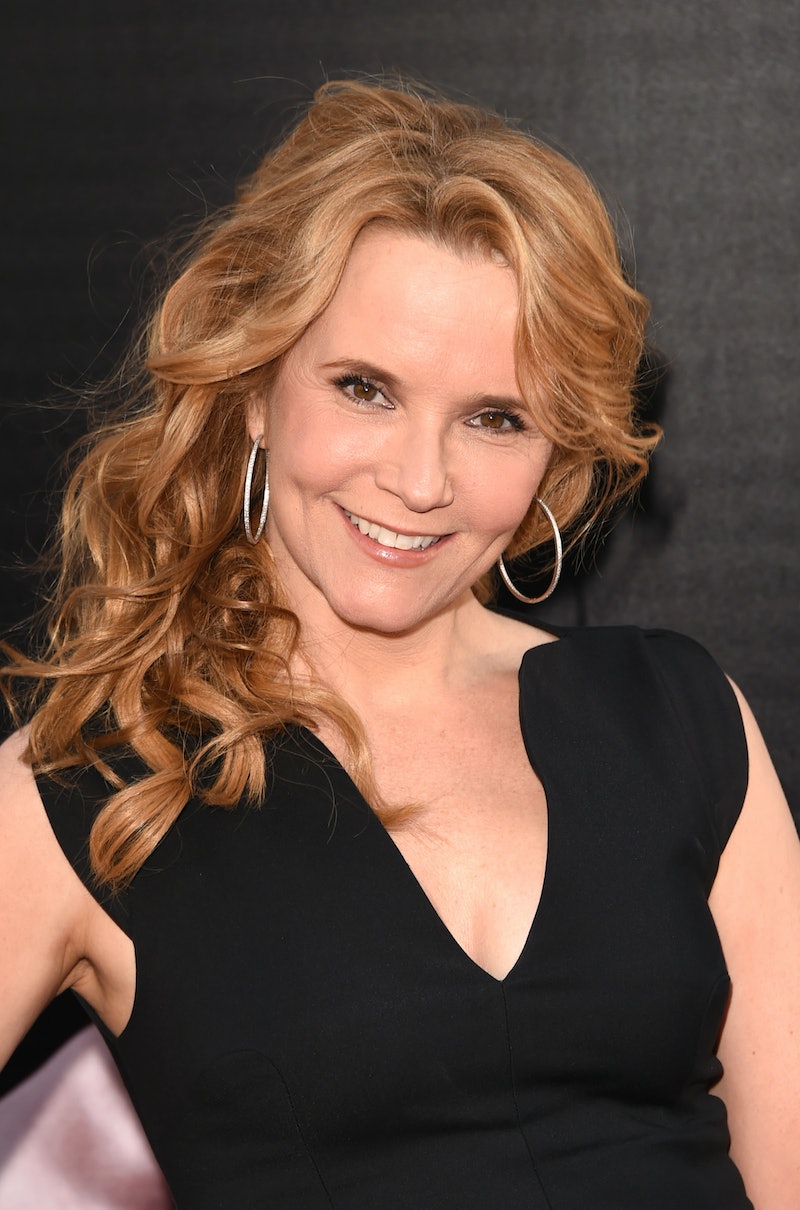 She might not have the same built in fan base as Fresh Prince of Bel Air's Alfonso Ribeiro, i.e Carlton Banks, but that doesn't mean Dancing with the Stars' Lea Thompson isn't a familiar face. Let's not forget about her claim to fame: Caroline in the City , the loopy '90s sitcom. While she probably won't be shuffling her feet to Tom Jones, Thompson's had a pretty solid career with a slew of heady pop cultural fare in the '80s and '90s. And no, that's not just because she's Marty's mom in Back to the Future. She also appeared in the likes of Howard the Duck and Red Dawn, but Caroline in the City stands out.

Thompson also enjoyed a stint on NBC's Must See Thursday lineup heyday with her sitcom which followed Seinfeld and ran from 1995 to 1999. The show follows the titular character as just your average New York City cartoonist who breaks up with her boyfriend, hires a new colorist who she tells people is her boyfriend, and goes along with it all as hijinks ensue. Check out Thompson in her full '90s sitcom glory below. With the spunky hair, the dowdy clothes, and the neurosis surrounding an opposite sex sleeping situation, you might as well play TV sitcom bingo.

It's probably no accident that Thompson and Ribeiro find themselves on the same season (alongside Melrose Place alum Antonio Sabato Jr.). Nostalgia is so hot right now and it's basically DWTS' entire business model for drawing in viewers.

To DWTS' credit, Thompson and Ribeiro are necessarily a senseless pairing. Ribeiro is of course well-known as coming from a dance background, but Thompson has got her share of dance training as well: Thompson studied ballet and performed with the American Ballet Theater. It's a no-brainer that this season is going to try to reference the casts' retro significance for audience pull, so maybe we'll be seeing Thompson return her hair to its '90s glory (even if it's temporarily in wig form). Fingers crossed!