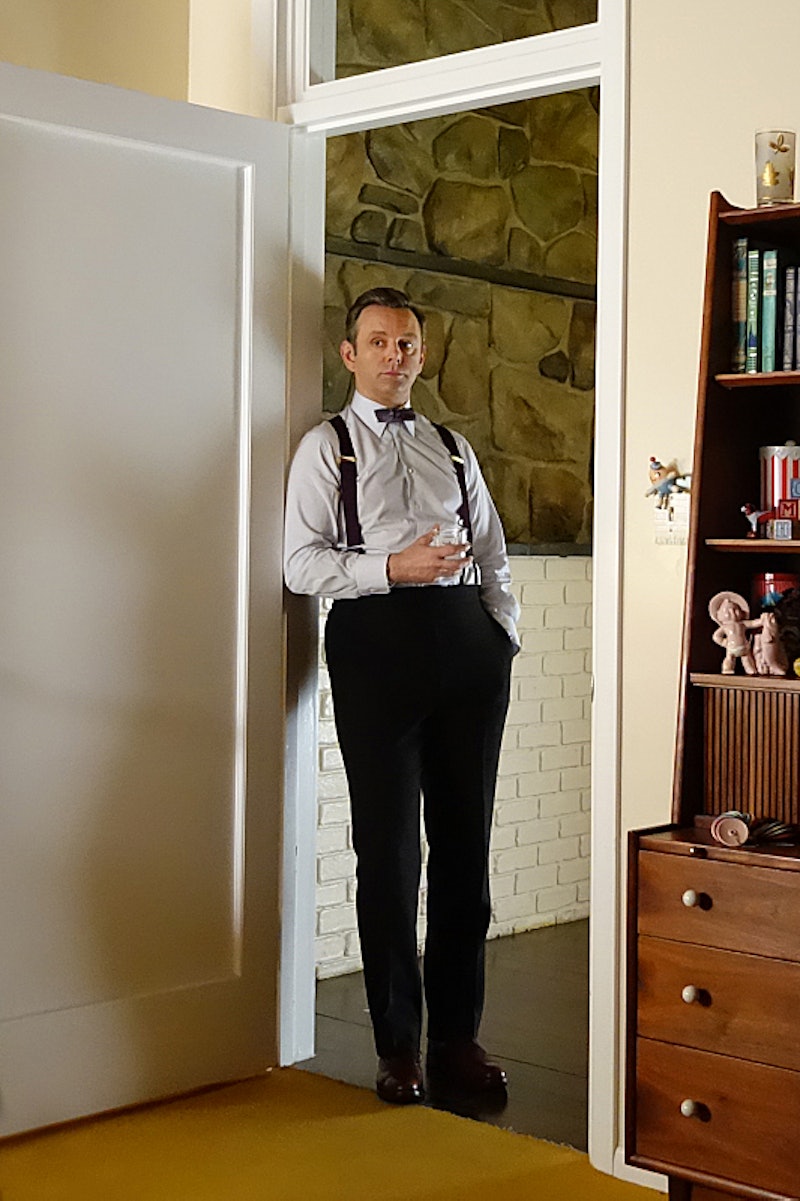 The latter half of the second season of Masters of Sex hasn't been quite living up to the glory of the early episodes, but it certainly has managed to write compelling arcs for most of its characters. This week's episode, "Below the Belt," partly revolved around the idea of despair, but though the writers tried to draw our attention to this concept, the real focus was on our beloved characters and the many ongoing complications of their lives. Because it turns out people are complicated. Who knew?

This week saw a number of interesting story lines — Lester and Barbara discussed their disorders and how hard it can be not to give up; Libby got more involved with the Congress for Racial Equality and might be developing feelings for Coral's brother Robert (also do we get to see Coral again? I miss her); and Dr. Langham gets pressured into sex by his new boss Flo because occasionally sexual harassment goes the other way, too. And yet somehow, the most interesting story lines of the week all revolve around Bill. Trust me, I'm as shocked as anyone.

This week Bill is a mess. I mean, he's been sort of a mess for a long time now, but things are definitely spilling over now. Having finally confessed his erectile disfunction to Virginia, the two begin work on the problem — except Bill doesn't want to talk about any of the possible underlying causes. And generally spends the entire episode being no help whatsoever, putting the whole pressure of solving his disorder on Virginia. And as unfair as this dynamic is, she tries — she researches methods found in marriage guides and asks for tips from Betty and tries out various sexy scenarios. And yet, as amazing as Virginia always is, none of it really works. And even though Bill doesn't blame her outright, it's clear that he wanted her to just fix everything.

In their professional lives, Bill also starts freaking out about an article published in a small medical journal about sexual response, which piggy-backed off their research. He's worried about someone else beating them to the punch and getting famous for the sort of work they're doing, and to keep that from happening, he hires a PR consultant who suggests the Bill and Virginia go on television. Bill hates the idea, but Virginia loves it because while Bill wants to be universally respected, Virginia just wants to help people. And I'm sure this is going to cause even more rifts further down the road as they try to go ahead with this TV idea. Like I said, Bill just keeps getting to be more of a mess.

But, as might be expected, it's Bill's family that pushes him over the edge. His brother Francis has apparently gotten it into his head that everyone in their entire family is an alcoholic. He may have something of a point, since Bill certainly has a drink in his hand an awful lot and Mama Masters gets into a car accident after having a cocktail, even though it's ruled not be her fault. But it's also fair to say that, since Bill's drinking at least hasn't started interfering with his life, that Francis is reading too much into things. It's clear he's trying to fix his family, and since giving up drinking is how he fixed himself, he's decided it's the cure-all for everyone. (Bill might not be the only one who's messed up when it comes to family).

What really sets Bill over the edge, however, is when Francis declares their father was abusive because he was a drunk, something Bill doesn't remember at all. He also doesn't remember, and can't bear to believe, that their father also abused Francis. Their confrontation in Bill's office ends with Bill goading Francis into punching him repeatedly and then smiling like he just won something. "This is what binds us," he says, grinning through the blood. "Him living on in us, not a bottle in sight."

And then Bill meets Virginia at the hotel where he seemingly gets it up with another person for the first time in two years.

Like I said, Bill is a mess. A buttoned-up, bow-tied mess. Ah, Bill. And for the record, it is not Virginia's job to fix your problems. Get a therapist, would you?