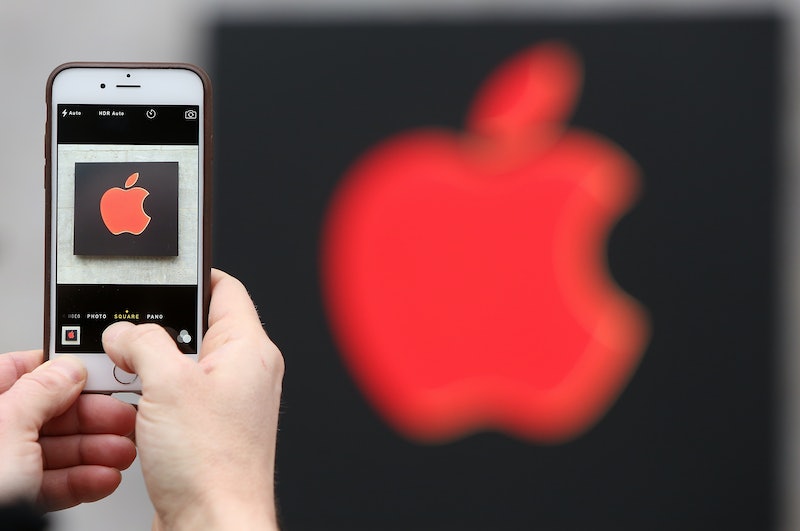 I converted to Apple about three years ago, and I’ve honestly never felt closer to divinity. Its sleek, minimalist, cult-like aesthetic makes any non-Apple machinery look like a graphing calculator from the ‘80s. It makes me feel like a rich artist who lives in a futuristic all-white loft. It’s like three times more expensive than PCs and Androids, but I don’t even care. When my Macbook’s battery dies (and it’s well on its way), I know I’ll have to make an appointment with Genius Bar for an expensive replacement; if I had a PC, all I would have to do is go on Amazon, find a knockoff battery that’s quasi-sketch, and pop it in myself. But I do. not. care.

Although, I will say, the recent unveiling of the iPhone 6 has shaken the Apple community to the bone. “But...but...it’s…it’s as big as the Samsung Galaxy,” I’ve heard people gasp in horror. Galaxyians have been LOLing about the new phone’s features, since the Galaxy has pretty much offered all of them for over a century or something. It’s like Revenge of the Nerds, but replaced “nerds” with “people who vehemently prefer Androids.”

Honestly, I’m very whatever about this whole iPhone 6 scandal. I’m kind of sad that it’s bigger. It’s still beautiful, though. And it’s still Apple. And that’s all that matters.

Do you also have an unhealthy penchant for Apple? Here are some textbook signs:

1. Someone close to you buys a PC and your first reaction is, “Oh no. Hon.”

It’s like watching someone you love marry someone incredibly hideous and stupid and way beneath them. You desperately want to stop her from making the wrong decision, but there is so little you can actually do. We love who we love.

2. When you’re at the mall, you like to just pop in the Apple store to lust after all the pretty things.

It's like Breakfast at the Apple Store. Starring you and your whole-wheat bagel and latte from Starbucks.

3. You will open a new line of credit and max it all out on a new Macbook, no questions asked.

You justify this with the fact that Apple products are of utmost quality, and that’s why their laptops are $1,000 more expensive than a PC. Plus, a Macbook makes you way more legit, even if you’re just curating your dream wardrobe on Pinterest all day long.

4. If someone dares say anything negative about your iPhone, your iPad, or your Macbook, you get super defensive.

You’re like a Mama Bear, and your Apple things are your baby bears. No one will fuck with them. No one.

5. You have at least three iPhone cases, and you are very proud of them.

One is in the shape of an popsicle. Another is black and white stripes, and that’s the one you take to your Big Kid Job. Your favorite one though? Purple glitter (for nights when you DGAF.)

6. When you bring in your Apple product for its appointment with Genius Bar, you feel like you are taking your baby to the doctor.

“Please…please be gentle with him. It’s his first time,” you will remind the girl at the Genius Bar.

7. You like to think the guys and gals at the Genius Bar are your buds.

I mean, they like, get you and your obsession like no one else does. They are there for you 24/7. What else could you want in a relationship?

8. When Apple charged you over a hundred bucks for a new battery, you weren’t even pissed.

Duh, obviously, how could something so glorious and wonderful and perfect not need a hundred dollar replacement battery even though you’ve only owned it for two years? (Ugh, kidding, it's clearly insane but so worth it that you honestly don't care. Who needs that money anyway? Pssh, you'll go to the dentist next year.)

9. At least two of your Facebook profile pictures were taken on Photobooth.

10. If someone can’t open a file you sent, you grunt disgustedly and assume it’s because they don’t own a Mac and thus are barbarians.

It can’t possibly be a problem on YOUR end. You own a Mac.

Only the best for your babe.

13. You have stood in line for the newest iPhone.

In fact, you have camped out overnight in front of the Apple store. It was like waiting for ticket sales to open for Radiohead.

14. Apple just announced that they’re getting rid of the iPod, and you ain’t even mad.

I mean…you’re a little mad. But whatever.

15. Your bf/gf/brother/sister/parent is all, “but the Samsung Galaxy developed all the features in the iPhone 6 like 50 years ago,” and you give no shits.

Who seriously cares if the Samsung Galaxy is “technically superior.” It’s not an iPhone. It’s not of Apple ingenuity. Case closed.