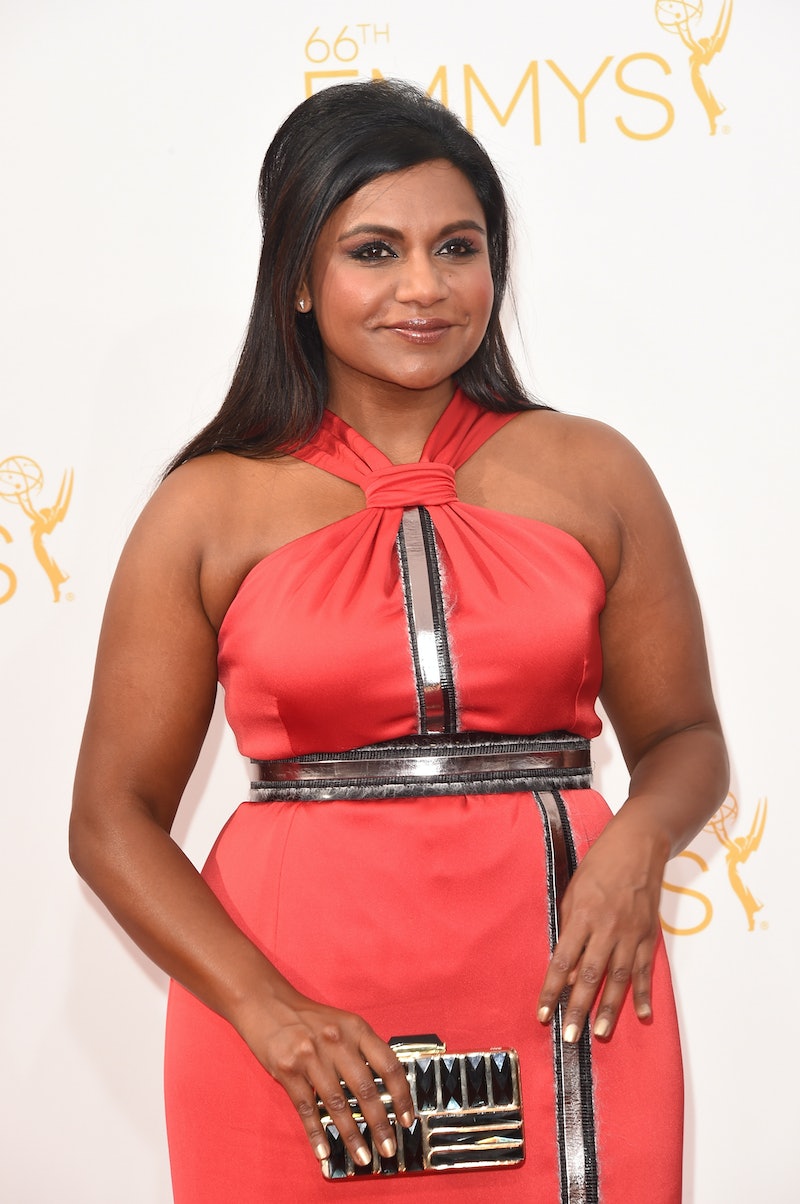 Somehow Andy Cohen always gets his guests on Watch What Happens Live! to announce things that completely blow my mind. Sunday night's episode was no exception, as Meredith Vieira and Mindy Kaling were guests on Watch What Happens Live! and took to the studio to chat it up with Mr. Cohen. I'm a huge fan of The Mindy Project , and Kaling herself, so I was all ears the entire time the show was on, including tuning in for the live after show on Bravotv.com. I had sent in a question for Kaling to answer, and they didn't read it. I was heartbroken, and I was ready to mope around for the rest of the night in self-pity until Cohen asked Kaling if there had been a role in a movie that she was sad she didn't get. And her response completely blew my mind.

"No one ever calls me in to audition for things things," Kaling started out saying, explaining she was too specific. (Note: she's so humble.) "But, you know what it was? Bridesmaids, which is a movie I loved. It was for Maya Rudolph's part. I practiced it so much, I was so in to it, and I love that whole cast. That was one that was a heartbreaker." My reaction to this news:

Look, I'm human, so I think Bridesmaids is amazing the way it is, but Holy Wilson Phillips, I would have absolutely passed out right on the popcorn-sprinkled movie theater floor if Mindy Kaling was Lillian in Bridesmaids. It's really a controversial topic in my mind, because I have this insane loyalty to Maya Rudolph and everything she stands for, and there is something to be said about the unspeakable bond that Rudolph and Kristen Wiig have on-screen (and I like to think off-screen as well...), but still. Mindy Kaling. In Bridesmaids. You see the dilemma, I'm sure.

So now I can't help but picture Kaling in the role of Lillian, saying and doing the hilarious things that Rudolph received so much praise for. Obviously each actress brings her own "thing" to each role, so who's to say if some scenes would have even existed if Kaling had played the part, but can we just take a moment and picture Kaling doing this:

Or any of these:

But then I can't imagine a Bridesmaids without Rudolph! Oh, the difficulties of life, am I right? Maybe the cast of Bridesmaids can go back in time and film another version of the movie with Kaling in it and we can get the best of both worlds with both Rudolph and Kaling. I'm just trying to think of a way to have it all, OK?