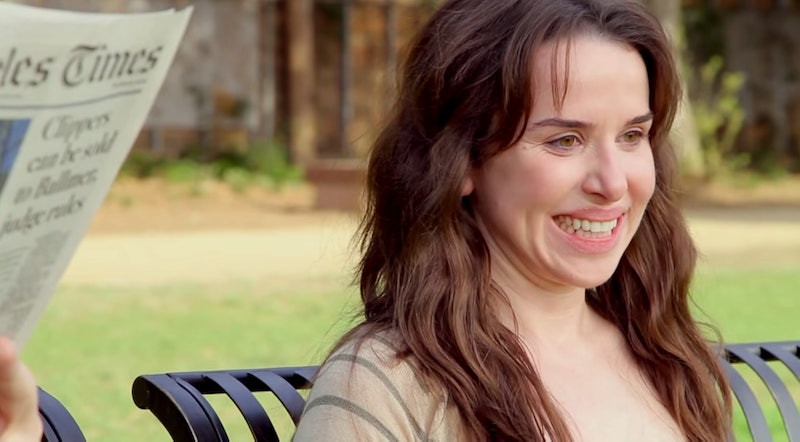 A popular YouTube Group called The Get Go just put out a kickass new video addressing the age-old problem of men telling women to smile. The Get Go is the first all-ladies sketch team at the Upright Citizen's Brigade theater in L.A. and they have been featured on other well-known YouTube channels like Funny or Die. Some of their other videos include "Sexxxy Picnic" in which the girls spill all sorts of sexy and not-so-sexy foods all over themselves and "5 Hour Energy," a spoof of the energy drink's commercials.

This isn't the first time street harassment has been addressed by YouTubers. Last year, lacigreen released a video called "CREEPS ON THE STREET" talking about her personal experiences and general themes on street harassment, and just last month BuzzFeedYellow made a video called "What Men Are Really Saying When Catcalling Women." Though all these videos take a slightly different approach to addressing the issues surrounding catcalling and street harassment, it's important that they are generating some sort of discussion, whether it's through comedy, a vlog, or sarcastic jab to the men who do it.

Check out "Smile" by The Get Go and prepare to be very amused.