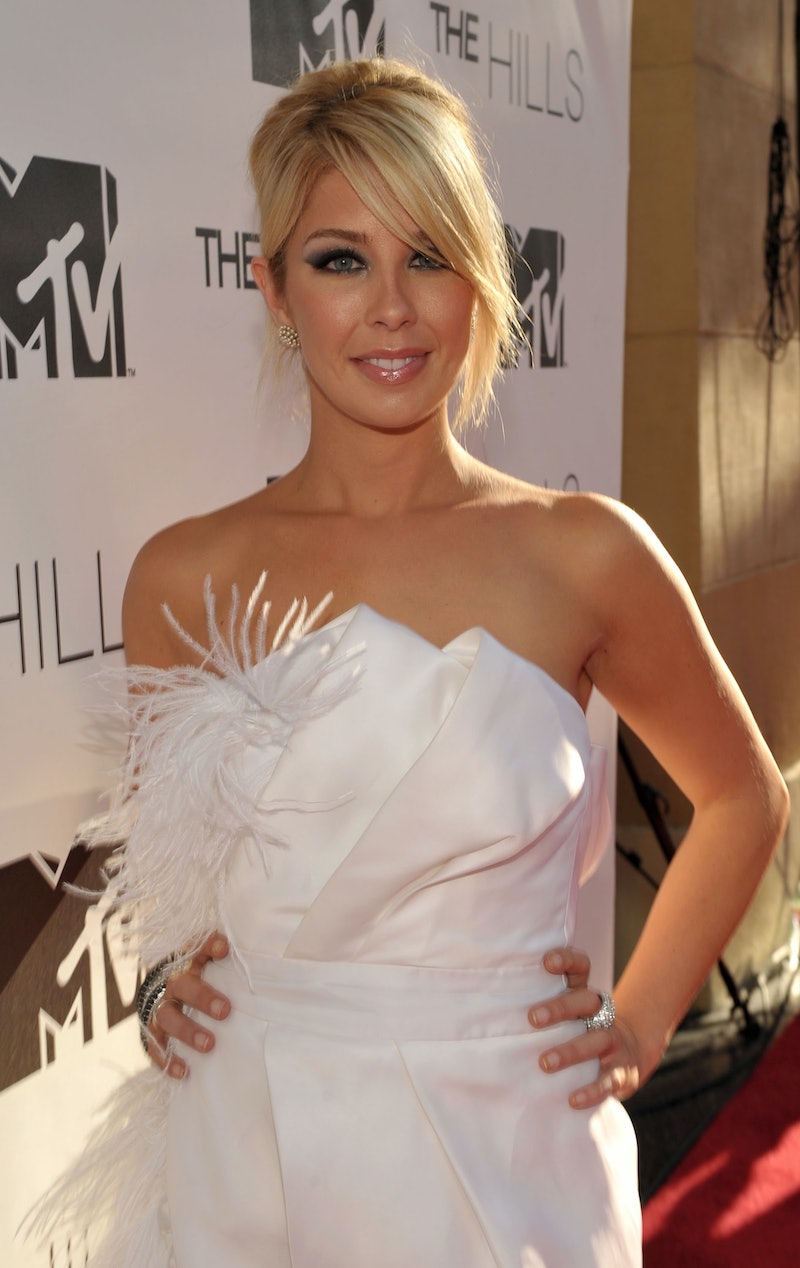 Both sincere and ironic fans of The Hills got to know Holly Montag rather well from Season 3 to the show's finale. She was Heidi Montag's sister and extended house-guest. She was the sometimes nemesis of Spencer Pratt. She was potentially harboring a drinking problem. Barring a brief stint on the 2009 show I'm a Celebrity, Get Me Out of Here, the lesser-known Montag has all but disappeared from the public eye. Because the post-reality TV lives of The Hills alums have become a topic of public interest lately, I can't help but wonder. What has Holly Montag been up to? Well, for starters, she just got married.

On Sunday, Sept. 14, Montag and her long-time boyfriend Richie Wilson got hitched. The happy couple held an outdoor ceremony for friends and family in Montag’s hometown of Crested Butte, Colo. Heidi filled the Maid of Honor role, and Spencer Pratt even came along to support the couple. Remember the Speidi-Holly epic beef when he of the flesh-colored beard kicked Holly out of the Montag-Pratt residence? So I guess they’ve moved on from that. Way to be adults, guys!

As Us Weekly reports, Montag and Wilson were engaged for about year after Wilson proposed to Montag in October 2013. Here are the Montag sisters in their wedding wear:

It would appear that this past weekend was decreed by the reality TV fates to be the weekend when all The Hills people got married. Coincidentally, Lauren Conrad married her fiancé William Tell just a day before Holly on Sept. 13.

Before Richie came along and solidified himself as the love of Holly's life, Montag took a ride on the proverbial village bicycle of The Hills, Justin "Bobby" Brescia. According to Us Weekly, Brescia and Montag dated for a spell in 2011, although Holly never publicly confirmed the relationship. Naturally, because Justin Bobby has a wayward, untamable spirit, the relationship ultimately didn't work out. However, Montag probably realized at this point that she needed to eject herself from the LA dating pool.

Before getting involved with Justin Bobby, Montag briefly got into comedy. In 2010, the former reality star was spotted doing a few open mics at various LA comedy clubs. Below, she discusses her complicated relationship with alcohol in a refreshing moment of self-awareness and candor unexpected of anyone who has ever appeared on The Hills. After a poignant moment of truth that could have evolved into something, she disappointingly falls back on lazy period humor. The rest of the set is basically as follows: "Hey, ladies... What's the deal with your uterus molting every month, right? PERIODS, MENSTRUATION, TAMPONS!! Please laugh..."

In summary, Hollz has lived the non-reality star life, dated the wrong dudes, learned to drink in moderation, and is now a newlywed. Ah, guilty pleasure TV stars: they just grow up so fast.