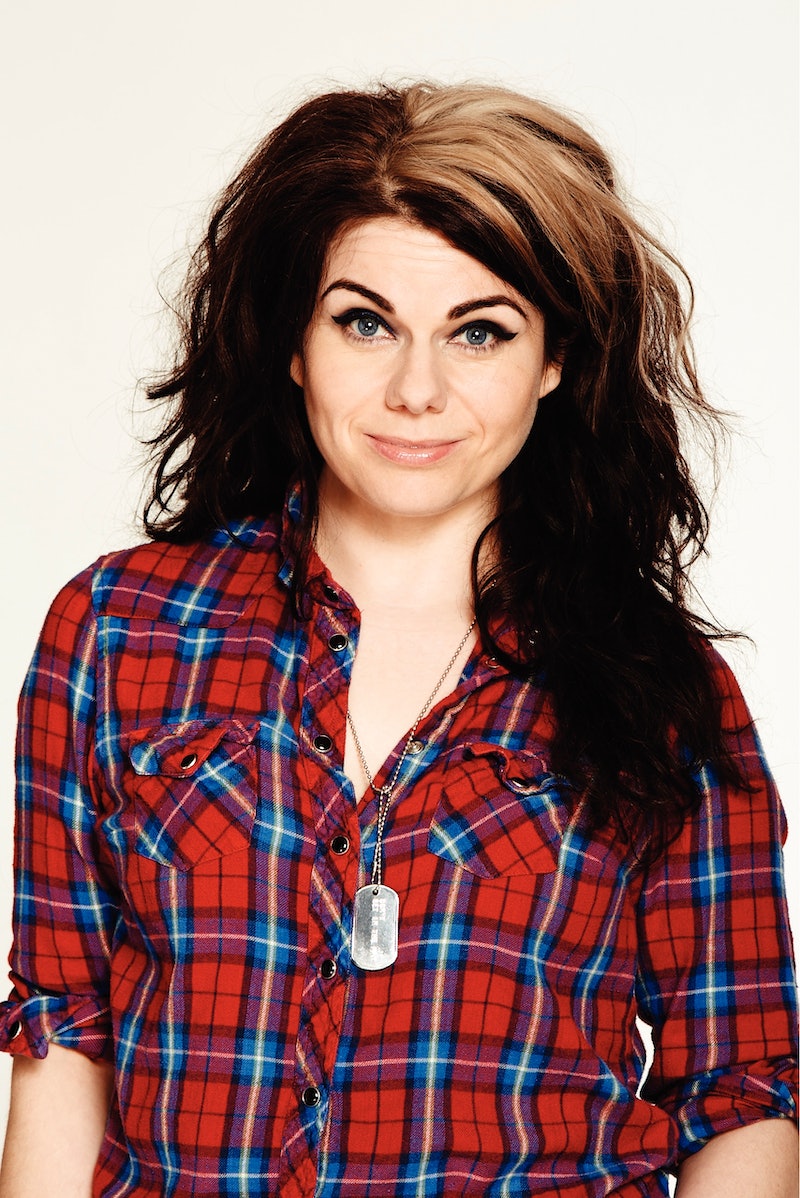 How To Build a Girl (Harper), Caitlin Moran's first novel that is coming out close on the heels of her autobiographical book How To Be a Woman, is a brilliant coming of age story and a hilarious ride through the music scene of early 1990s Britain. It bills itself as something akin to "The Bell Jar — written by Rizzo from Grease," and the description certainly fits. It's poignant, smart, funny, and an absolute must-read.

The novel follows teenage Johanna Morrigan, a girl from a down-on-their-luck, working-class family who also is loosely based on Moran herself. Johanna wants, like teenage girls do, to be everything all at once — witty and outrageous and admired and loved — and mostly to find someone to have sex with. But after utterly embarrassing herself of local television, she decides being Johanna Morrigan is no longer an option, so she reinvents herself as Dolly Wilde, gets a job writing music reviews, and turns her life into an adventure full of rock 'n' roll, unfortunate mishaps, and some accidental self-discovery.

The novel is packed full of memorable lines and thought-provoking moments. Some of Moran's lines are comments on things like femininity or class, like "[The working class] are not just poor people who have not yet evolved into something else, i.e. people with money. We are something else — just as we are." Others are humorous one liners with interesting implications, like "Rock 'n' roll is a terrible babysitter." And then every so often the narrative tosses readers a sentence that just stands perfectly on its own, like "Anger is just fear brought to a boil."

But more than anything, Moran has triumphed by writing a character and a story that does not fit any of criteria for what we ought to take seriously, and then simply taking it very seriously. Johanna is a teenager and a girl, two things that when in combination spell almost instant dismissal by large parts of culture. She hates school, loves popular music, cares about her aesthetic, and is hopelessly interested in men. And yet, in Moran's novel, her concerns are valid. Her worries, her triumphs, her mishaps, they are all somewhat ridiculous from the outside, but to Johanna they matter intensely, and Moran makes sure they matter to us as well.

By simply letting Johanna react and change and grow into herself — by letting Rizzo from Grease have a coming-of-age story — Moran has done something that is (sadly) unusual, and pulled it off brilliantly. How to Build a Girl is an unforgettable portrait of a girl moving through the world on her way to womanhood with a drink in one hand, a cigarette in the other, and a soundtrack in her head, firmly and unquestionably the star of her own story.

More like this
Prince Harry Incorrectly Recites Christina Aguilera’s “Genie In A Bottle” Lyrics
By Jake Viswanath
Allegra Goodman Procrastinates By Reading Time-Management Books
By Samantha Leach
'Mayfair Witches' Already Changed 2 Major Characters From The Books
By Grace Wehniainen
Your Guide To Watching 'Everything Everywhere All At Once' In The UK
By El Hunt and Sophie McEvoy
Get Even More From Bustle — Sign Up For The Newsletter
From hair trends to relationship advice, our daily newsletter has everything you need to sound like a person who’s on TikTok, even if you aren’t.