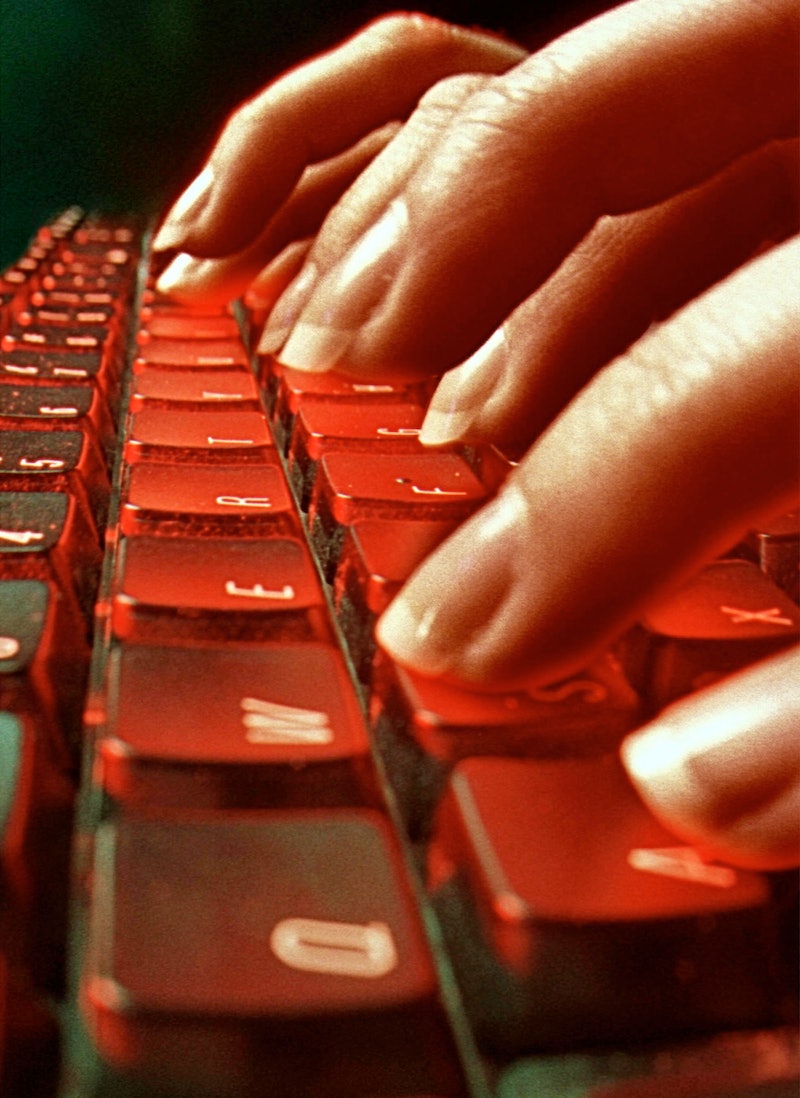 The Internet is really amazing for a lot of reasons. I mean, think about it: By flicking a switch on a hunk of metal and plastic, we can hook ourselves up to an invisible network that allows us to learn about anything and talk about everything with people all the way across the globe. That? Is seriously cool. There are significantly less cool sides of the Internet, though — or perhaps more accurately, there’s a side of the Internet that reveals some of the worst parts of humanity.

I’m talking, of course, about trolls, those characters who "sow discord on the Internet by starting arguments or upsetting people by posting inflammatory, extraneous, or off-topic messages in an online community with the deliberate intent of provoking readers into an emotion response." They are the assholes of the Internet.

If you’ve got any sort of online presence, you’re probably going to come across trolls at least once; if you have a heavy online presence, they’re probably going to be a daily part of your life. This sucks. A lot. Trolls come from all walks of life, and they all have one goal: To make your life a misery. Your impulse upon encountering one or more is to defend yourself — but the most frustrating part of the whole thing is that the game is rigged. By my experience, most trolls have already made up their minds, and nothing you can say or do will make them change it. In fact, any response you make will likely be twisted and used against you.

In a perfect world trolls don’t exist; but since we don’t live in a perfect world, here’s a little something to help us out with the world we do occupy: A field guide to all the types of trolls you’ll meet on the Internet. If we have to deal with them, at least we can be prepared. Don’t feed them — but more importantly? Don’t be them, either.

Because obviously your dress size is directly proportionate to how sound your argument is. This troll likely has no idea what you actually look like.

The strength of your argument also depends on how conventionally attractive you are. As is the case with the “You’re Fat So You’re Wrong” Troll, this troll also has probably never seen you in real life, and probably never will.

The Mud Slinger likes to toss insults at you that don’t fall under either the “you’re fat” or “you’re ugly” categories. “You’re stupid” is a favorite of the more boring ones; the viciously creative ones, meanwhile, rely on words that don’t bear repeating.

4. The “You Don’t Know What You’re Talking About” Troll

Never mind that you have a law degree, or a PhD in gender studies, or that you’ve been a hardcore programmer since you were 12. Obviously you have no idea what you’re talking about, which means that you aren’t allowed to address the issue. At all.

This troll earns its name from its love of the straw man argument. Their version of a counterargument involves oversimplifying your initial argument such that it isn’t even what you said anymore, hanging something on it that has nothing to do with that argument, or otherwise misrepresenting what you said such that it appears to be incorrect.

This troll sometimes emerges as a subset of the Straw Man. According to them, whatever argument the Straw Man made not only makes you wrong, but also a hypocrite. The fact that the Straw Man’s point actually had little to nothing to do with your original argument is inconsequential.

Also known as the Blind Follower, the Hive Mind rears its unfortunate head whenever you disagree with someone they look up to. They will take it upon themselves to spearhead a smear campaign against you, both firing off attacks and recruiting more Blind Followers to up the force and frequency of the attacks.

The Hive Mind’s object of devotion may or may not encourage this troll’s attacks. If they have integrity, they don’t; they also actively discourage them.

These trolls are subtle and wily. Their tactic is to take the view they know will piss off as many people as possible, and then run with it as far and as long as they can. The Contrarian may not even actually subscribe to the views he or she purports to hold… but that doesn’t matter. What matters is kicking up dust and riling the peasants. They often do it for the lulz.

9. The “Your Opinion Is Bad and You Should Feel Bad” Troll

According to this troll, you are not only wrong, but moreover, you should feel absolutely terrible about yourself for believing in such wrongness. And he or she will do anything in his or her power to make you feel bad, because as far as they’re concerned, you deserve it.

“Well,” says this troll, “I’ve never experienced whatever it is that you’re talking about, so it’s not really an issue. You’re just blowing the whole thing out of proportion.” If it doesn’t directly affect them, it’s clearly not their problem.

This troll is convinced that everything wrong in the world is the fault of feminists. Because wanting everyone to have the same opportunities is absolutely going to bring about the apocalypse. #sarcasm

12. The Troll Who’s Compensating for Something

For whatever reason, whatever you said threatens this troll. It shakes him or her right to the very core of their being — and the only way they can think to boost themselves back up is by tearing you down. At their mildest, they stick their fingers in their ears and go, “LALALALALA I CAN’T HEAR YOU”; at their worst, they become outright abusive.

These trolls talk a big game… but they’ll never say all the shit they’re spouting directly to your face. They’re too chickenshit for that.

14. The One Who Assumes They Know Everything About You…

…And passes judgment on you accordingly. These trolls will assume they know exactly who you are. They assume they know your complete history. They assume they know exactly what your interests are — or more accurately, what they aren’t. In fact, although the version of you these trolls construct within their own heads bears absolutely no resemblance to who you really are, they will remain utterly convinced that they are 100 percent right about you. This means, of course, that whatever your argument is… you’re wrong.

Although in an ideal world, no one would have to deal with any trolls, at least I can crack jokes about most of the other trolls on this list. But the Stalker? There are no jokes to be made about this one. Stalkers are the ones who threaten to harm you, rape you, or kill you. They threaten your friends and families. They send you graphic images of a violent nature, a sexual one, or both. They tell you they know where you live and drive you out of your own home. They may dox you, revealing information that was never meant to be made public to the entirety of the Internet. And yet, those in a position to stop them in their tracks frequently don’t take them seriously. They should, though. We all should. Wouldn't it be awesome if troll behavior completely vanished, both from the Internet and in real life?