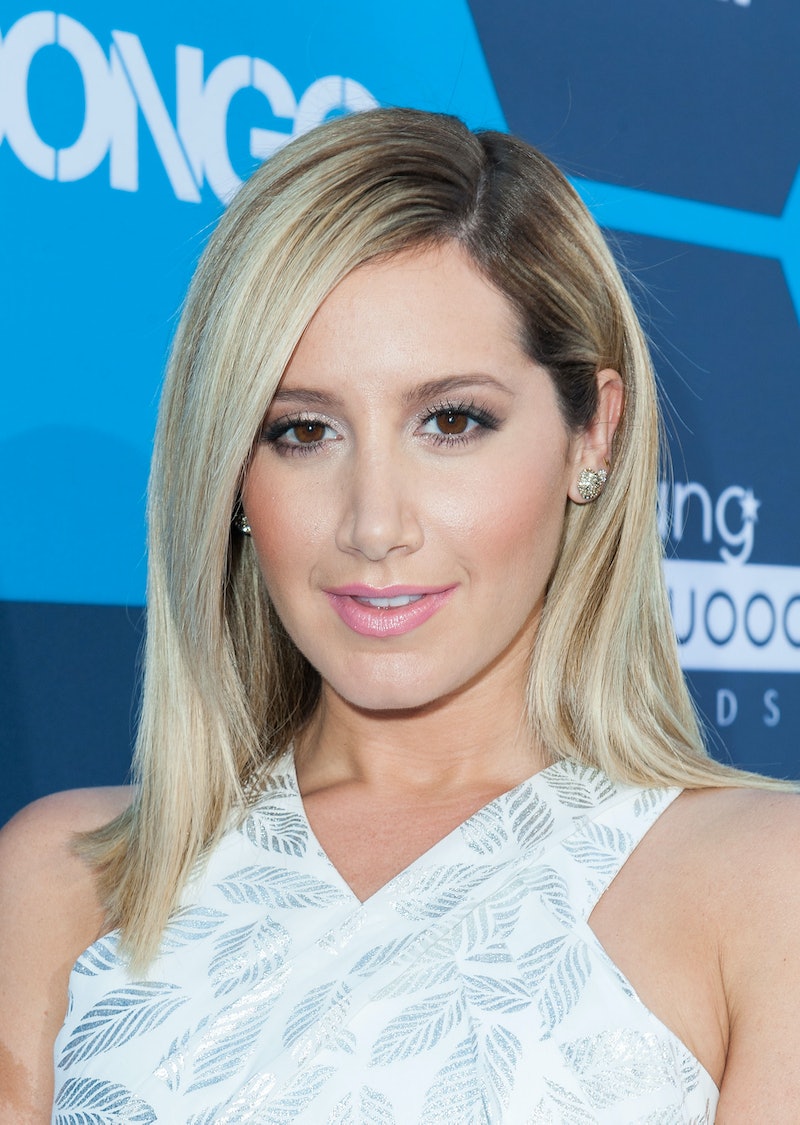 It's good to be Ashley Tisdale right now. Tisdale recently married Christopher French, her long-time fiancé, in a random, hush-hush Monday-day ceremony. Nobody really knew about the soiree — except for, you know, the people who were in attendance — and Tisdale released the first photo herself via Instagram. Very cool. Going off of her 'gram, Tisdale seems to be over-the-moon to have married the love of her life, and since the wedding, things have only gotten better for the High School Musical actress. Tisdale recently posted a few snaps of her honeymoon, and all I can say is: I want to go to there.

Tisdale didn't say where she and French were vacationing, but from the looks of things, they aren't staying at a Best Western in Panama City, Florida. Seems like they went baller, what with the crystal blue waters; vacant white, sandy beach, and coconut drinks (coconut drinks, guys!). Tisdale also posted another photo from her honeymoon that was simply some sort of delicious-looking dessert, along with the caption, "Bon appetit! #whatdiet? #honeymoon #lovers." Clearly, she's living the good life right now.

Tisdale also shared a few more snaps from her beautiful day, which show her good friend Vanessa Hudgens as a bridesmaid. I'm loving these little snippets Tisdale is posting. Looks like she had an absolutely stunning day. Congrats to the happy couple! Also, Ashley, if you're reading this, which you probably are on your honeymoon, what are you eating in that one pic? Looks divine.