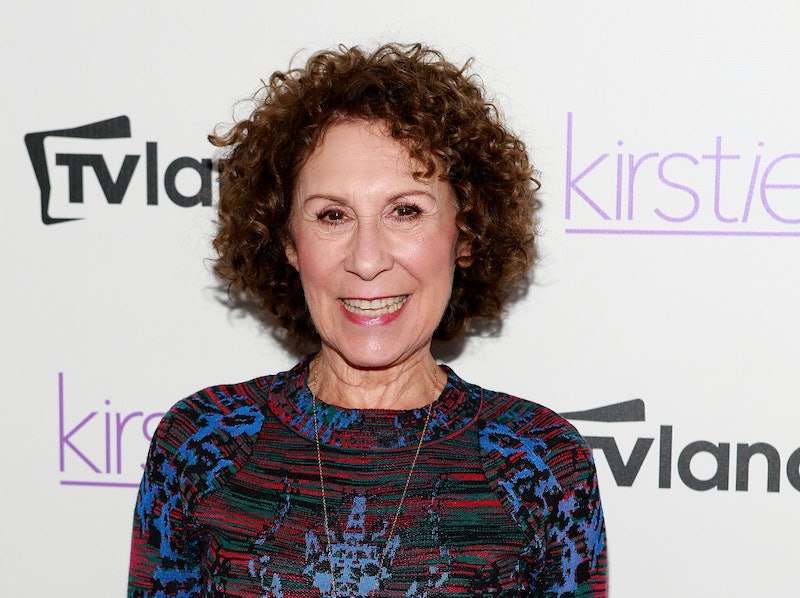 The main season of network television is starting up again, which means there are whole new flurries of guest stars and new characters to prepare ourselves for. On Mindy Project that includes Rhea Perlman, who will be playing, wonderfully enough, Danny Castellano's mother. That's news we got a little while ago, but as we approach The Mindy Project's Season 3 Sept 16 premiere Entertainment Weekly's got the first pic of Anette Castellano.

So what can we gather from this first glimpse (see below)? There's the surface stuff, for sure — like that the newly coupled Danny and Mindy will be having brunch/lunch/what have you with Danny's mother. It also appears not to be going well. Perlman's got a teddy bear (my guess is it's a present from Danny, or Mindy, or both), but she seems to be clutching at it like it represents her son's failure to choose a suitable woman. Mindy looks nervous, and Danny's hand's on her shoulder as if he's defending her.

The most damning evidence that things won't go super smoothly with the elder Castellano, however, is the title for the season's second episode, in which Perlman will make her debut: "Anette Castellano Is My Nemisis" doesn't exactly make it sound like Mindy and Anette are on the fast track to being BFFLs.