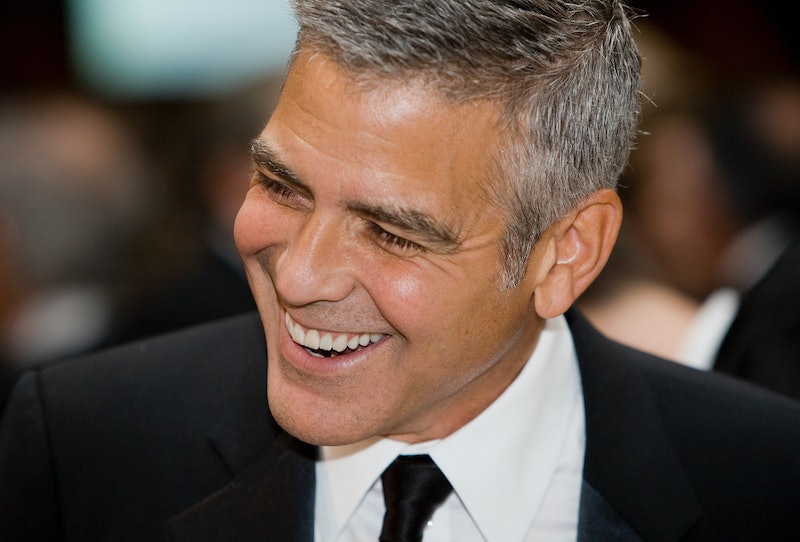 Not only is actor-director George Clooney getting married soon to a brilliant and beautiful woman, Amal Alamuddin, George Clooney will be the recipient of the Cecil B. Demille Award at the 2015 Golden Globes, honored for his lifetime achievements in film and television. Of course, congratulations are in order for Clooney, who errs on the young side of recipients at only 53. But with the announcement comes the question we seem to have to ask for everything: why not a woman?

Yes, it could be argued that objectively, Clooney's talents and illustrious career merit the award—and I definitely concede to that. The man's got chops. We've all seen O Brother, Where Art Thou and loved it. But it's a continual shame that Hollywood just wants to refuse acknowledgement of women's achievement in film; in all the years that the Cecil B. Demille Award has been given out since 1953, only 13 of the honorees have been women. The last woman to win was Jodie Foster in 2013, but before her, it was Barbra Streisand in 2000—a decade and a half gap. For those who are keeping count, that's 13 out of 63 years, to say nothing of the fact that in those 63 years, only ONE person of color has won the award: Morgan Freeman, and not until the year 2012.

Mountain out of a molehill? Award shows are kind of passé and a thing of the past anyway? Not so fast. Even if you think that award shows are just expensive and glorified congratulatory political vacuums (and I do, even though I still love watching them), they still set standards of success and opportunity in Hollywood. And for these special lifetime accolades to be awarded, time and time again, to the same-lookin older white guy faces only reinforces the notion of Hollywood as seriously lacking in diversity. And in this particular instance, the Hollywood Foreign Press Association would have done well to perhaps consider more carefully diversifying the Demille Award, after the controversy of awarding it to Woody Allen last year in the wake of his alleged child abuse. The awareness here seems to be little. We'll have to wait and see if the HFPA makes up for it at all with their Golden Globe nominees in terms of diversity.