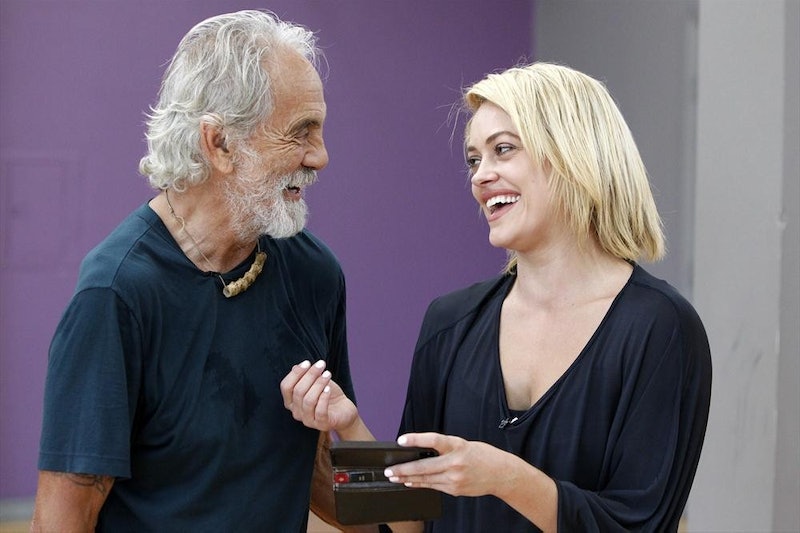 When this season of Dancing With The Stars announced its cast, we all knew we'd be thrilled to see the likes of Aaron Samuels (er, Jonathan Bennett of Mean Girls fame), recent Pretty Little Liars graduate Janel Parrish, and of course, the ever awesome Betsey Johnson take the stage. But then along came DWTS contestant Tommy Chong with a weed-themed routine and he changed it all.

It was a little tough to get past the points at which the self-proclaimed Original Stoner made various creepy grandpa comments throughout the video package (an old stoner would certainly take the opportunity to turn the word "bang" into a sex joke, so I guess I should have known better). However, once Chong took the stage, not only could this old dude dance (despite how "out of it" he said he was — stay in character, right?) but he gave us what might be the best ridiculously cheesy theme dances ever on this seemingly peachy keen and thematically conservative show: a routine that was so dedicated to the practice of smoking Mary Jane that it didn't leave out a single reference.

Chong's longtime stoner buddy Cheech Marin dropped Chong off in a green lowrider encased in mysterious smoke. Then along came Chong's partner Peta Murgatroyd, dressed like a what Ricky's might sell as a "Sexy Pot Leaf" as the entire stage turns green to the tune of Weed Connoisseur Snoop Dogg's "Drop It Like It's Hot."

Dancing with The Stars has never been more interesting. And I've never been hungrier. Anyone feel like making mozzarella sticks? Maybe some bagel bites?

Now, if you'll excuse me, I need to talk to an unopened box of cereal...