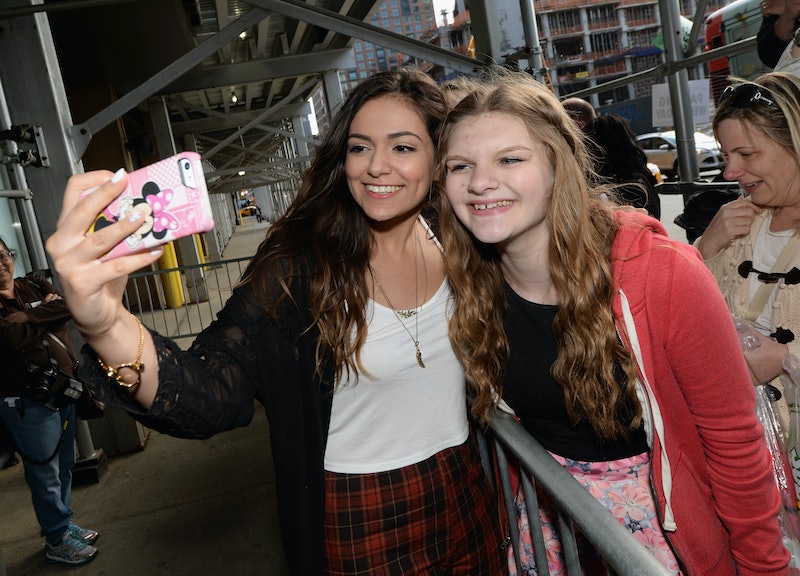 It's true that Janel Parrish and Val Chmerkovskiy may be this season's Maks and Meryl, but Youtuber Bethany Mota is the Dancing With the Stars fan favorite. Her legions of followers have been Tweeting all night about their favorite vlogger as they counted down the minutes to her performance with Derek Hough. So did her skills translate from the web to the stage? Absolutely. Mota's fans will be glad to know that Hough and Mota crushed it to Taylor Swift's "Shake it Off" in a performance that the judges called "terrific." The pair scored eights across the board for a total of 32 points, placing them amongst the top competitors thus far.

But it's not just your skill on the dance floor that determines your fate: this is ultimately a voter-based show and Mota's huge online fan base could be the secret to her success. If their activity on Twitter is any indication, they're sure to come out in full force to keep Mota and Hough in the competition for many weeks to come.

Fortunately this isn't going to be a case of fans keeping someone in the competition even when they're not so good. It turns out that Mota is a pretty superb dancer and deserves those votes that her fans are going to place. In fact, she could win this whole thing if they have anything to say about it.