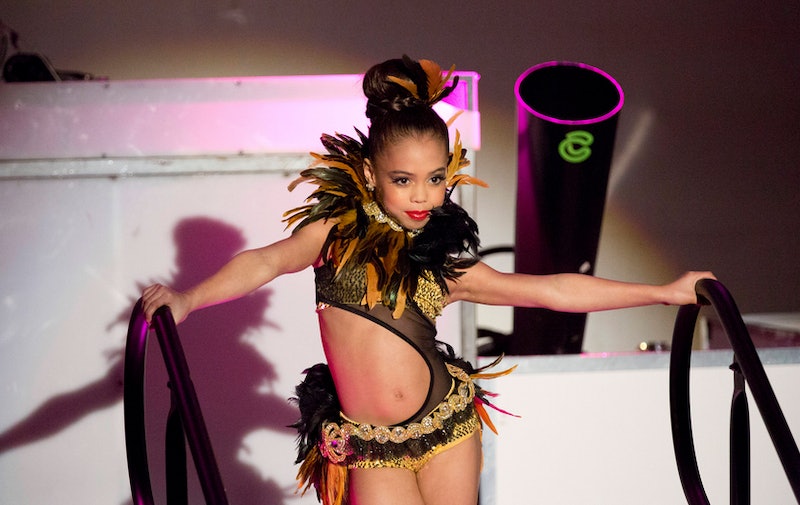 It's been a whirlwind season for Lifetime's new docuseries Raising Asia, all leading up to the big season finale featuring Asia Monet Ray's Universal Citywalk performance. From her manager and choreographer butting heads, to family tension, and plenty of drama between, there was definitely a lot to talk about. In the family's webseries Rewind With The Rays, Shawn Ray called Raising Asia "good TV." But does Lifetime agree enough to give it a second season?

The Ray family seems to have different opinions about whether they want one. When asked by her father if Asia and the family would like to do a second season of Raising Asia, the pint-sized pop star could not have been more enthusiastic. "I want to do a Season 100," she said. Asia's mother, Kristie, on the other hand, was not as sold, "I would love to film a docuseries...that's what we signed on to...I think they said a lot of things that they were going to do that they didn't do."

Despite her desire to do another 99 seasons, Asia did concede that she would like to "do things different" if a Season 2 were to be filmed. Kristie expressed an interest in more creative control next time around, but Asia was concerned with being able to attend more charity events, something she couldn't really find time for in the midst of an extremely crowded schedule. Watch the family's discussion below.

Shawn, a self-proclaimed reality TV fanatic, seemed to sum up the show's first season quite positively and succinctly:

For what it's worth, I thought they did a very good job capturing what we actually really go through. Your sister's tears were real. The issues we had with [Asia] and you getting unfocused right before you perform were real... coming through this whole process and looking at it back on television, I've gotta tell you that to me was real because that's what happens when you try to raise a little child star. Everyone has their opinions. Everyone wants to be heard. Some people feel left out...When you have 15 production people in your house and in your garage, it can be very chaotic. So I'm very proud of all of you.

As of now, Lifetime has not said anything about a possible second season. At the end of the video, Kristie did add some ambiguity about the show's future. "And guess what? We have an exciting new journey and you'll never know what it's going to be," she said. To be honest, I have absolutely no idea what that means, but maybe it's the little bit of hope we Asia Monet Ray fans can cling to until we know whether Raising Asia will return.