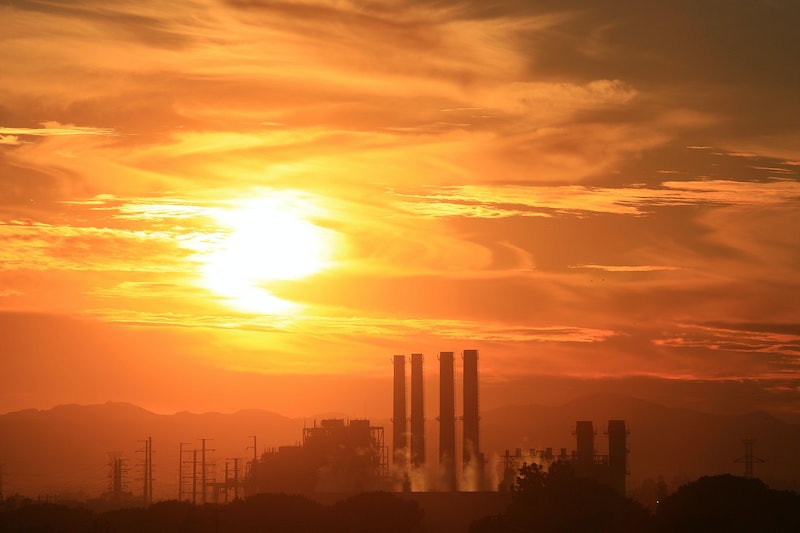 Climate change continues to be an uphill battle, particularly in Texas. As the Texas State Board of Education prepares to adopt new social studies textbooks for its public schools for next fall, a few publications have been submitted some major — and troubling — sections on climate change. According to a report by the National Center For Science Education, these Texas textbooks teach climate change doubt. To say the least.

The NCSE is a nonprofit organization that provides resources and information to schools, parents, and citizens, with the main goal of defending the teaching of evolution and climate change in public schools. On its website, it writes:

We educate the press and public about the scientific and educational aspects of controversies surrounding the teaching of evolution and climate change, and supply needed information and advice to defend good science education at local, state, and national levels.

The NCSE also makes sure to point out that its 5,000 members are scientists, educators, clergy, and citizens of all different political and religious backgrounds.

While it's something of a victory that most people now recognize that climate change exists — a study conducted by Yale found that 63 percent of Americans believe climate change is happening — the cause of it is still, frustratingly, a point of contention. And that's what the NCSE took issue with in these submitted textbooks. Take a look at the alarmingly misleading information they're calling out in their analysis of the proposed textbooks.

Are Humans Responsible For Climate Change?

Even though most people admit that climate change is real, some refuse to take any responsibility for it. The NCSE found several instances in the new proposed books where the author claims scientists disagree on the cause of climate change and asks the reader whether they think human activity is involved. This shouldn't even be up for the discussion, says the NCSE.

This entire section is misleading. Scientists do not disagree about what is causing climate change, the vast majority (97%) of climate papers and actively publishing climatologists (again 97%) agree that human activity is responsible.

The NCSE also found it troubling that the book gives greater prominence to quotes from the Heartland Institute, a conservative think tank tied to Big Oil, than the Nobel Peace Prize-winning IPCC.

Misleading Predictions of a "Cooling Trend"

In a Studies Weekly publication (which are essentially educational magazines) for kindergarten through fifth grade, one section reads:

Some scientists say it is natural for the Earth's temperature to be higher for a few years. They predict we'll have some cooler years and things will even out.

Well that's wishful thinking if I've ever seen it. The NCSE countered this point by pointing out that no publishing climatologist has made any mention of this cooling period where "things will even out." The organization is concerned about the source of this information.

A Misunderstanding of the Ozone Layer

It's surprising how many educational textbooks get the ozone layer wrong. For example, the Social Studies School Service book for grades 6 and 8 stated:

Fossil fuel emissions have caused a hole in the ozone layer over Antarctica.

The NCSE calls this a "common misconception" and points out that ozone depletion is not caused by fossil fuel emissions, but rather CFS stemming from industrial processes. They then suggest some references for more information on the subject.