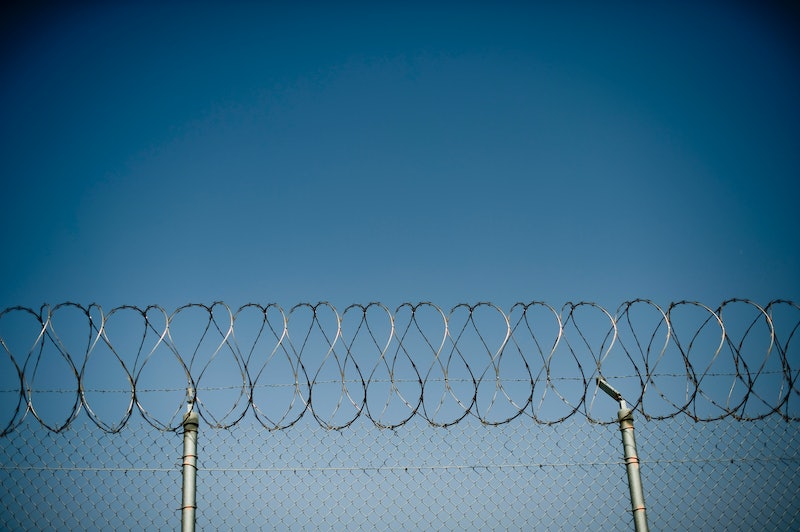 The world stage is pretty tense right now. With much of the international community's attention focused on the United States' response to aggressive Islamic militant group ISIS, a lot of criticism has been tossed at President Obama — largely from right-wing critics claiming that Obama's offensive strategy isn't strong or swift enough. Amid all the fear, it's easy to forget that the political left has its criticisms of the Obama plan, too — for example, convicted Wikileaks leaker Chelsea Manning authored an op-ed in The Guardian Tuesday, criticizing Obama's plan of attack against ISIS.

In July last year, Manning was convicted on violations of the highly controversial and seldom-used Espionage Act of 1917. While serving in the U.S. military as a defense analyst back in 2010, Manning accessed and downloaded a trove of confidential documents, including over 400,000 logs on the Iraq War, over 90,000 logs on the Afghanistan war, and over 200,000 diplomatic cables dating all the way back to 1966. In all, it was the biggest dump of confidential documents in American history. She was convicted in 2013, and sentenced to 35 years in prison.

Now, writing while serving her sentence at the Ft. Leavenworth military prison in Kansas, Manning has spoken out about the Obama plan — providing support to local militaries like the Kurdish Peshmerga within Iraq, and launching airstrikes at targets in Syria, basically — arguing instead that ISIS should be allowed to create a "failed state" and burn itself out over time.

Attacking Isis directly, by air strikes or special operations forces, is a very tempting option available to policymakers, with immediate (but not always good) results. Unfortunately, when the west fights fire with fire, we feed into a cycle of outrage, recruitment, organizing and even more fighting that goes back decades. This is exactly what happened in Iraq during the height of a civil war in 2006 and 2007, and it can only be expected to occur again.

Manning's strategy? Take a somewhat more hands-off approach to ISIS, essentially ceding them gains they can stake out with a long-term goal of watching their brutal efforts implode on them. She believes this is the best way forward, because Manning believes fighting terrorist groups with the sort of righteous indignation and military might always ends up producing a violent cycle, and the conflicts never truly end.

Why We Should Consider It

It's a line of thinking well outside the mainstream. But it's also a perspective that's crucial to hear and consider — as seen in the example of ISIS' own rise to prominence, there's a real historical argument to be made that the way the U.S. responds to these crises rarely puts the situation truly to bed. The problem, as Manning notes, is that terrorist groups know they can provoke outrage and test the restraint of Western powers through escalating acts of public brutality.

... I believe that only a very focused and consistent strategy of containment can be effective in reducing the growth and effectiveness of Isis as a threat. And so far, Western states seem to have adopted that strategy. With very public humanitarian disasters, however, like the ones on Mount Sinjar and Irbil in northern Iraq, and the beheadings of journalists James Foley and Steven Sotloff, this discipline gets tested and can begin to fray.

In short, Manning describes four key points of her ISIS strategy, and it looks worlds different than what's likely to happen.

In its simplest form, Manning is arguing for a policy of containment, which the American Right often derides as equal parts cowardly and laughable. But it does speak to deeply critical questions about just what the end goal of the U.S.' ISIS strategy is, and whether you can actually "defeat" something like terrorism in an act of overt war. If airstrikes and military assaults actually did degrade and destroy ISIS, what would happen next?

How Manning's Strategy Could End

If the underlying ideology behind ISIS remains intact — highly likely, if caliphate-obsessed Islamic militants were faced with what they viewed as a glorious, civilizational battle with Western powers — you can bet that there'll be a new ISIS a few years down the road, just as ISIS splintered off from al-Qaeda in post-war Iraq. Manning would rather see ISIS claim a contained territory, then gradually burn up its credibility throughout the Middle East. Not a perfect or bloodless strategy, no doubt, but then again, what is?

Manning's Guardian op-ed isn't the only time she's been in the news recently, for very different reasons — she's also locked in a high-profile struggle with military officials to allow her to undergo gender reassignment treatment, according to NBC News. In July, Defense Secretary Chuck Hagel officially approved the gender reassignment request, but since then, Manning and her lawyer David Coombe claim it's been nothing but "lip service," and they're ready and willing to sue.