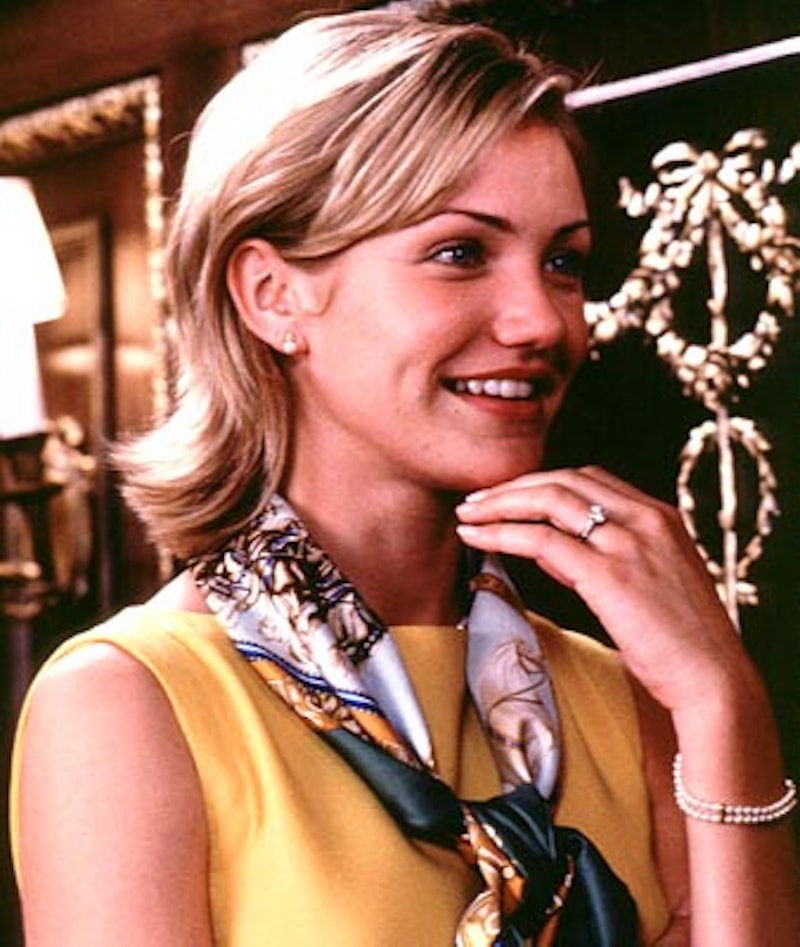 Women over the age of 20: OkCupid finally has pulled together a study that explains why men now find you physically repulsive. Handy! The study, found in OkCupid co-founder Christian Rudder’s new book Dataclysm: Who We Are (When We Think No One’s Looking), purports to show that while women on the site remain primarily attracted to men their own age well through their 40s, men stay attracted to 20-year-old women for, well, pretty much their entire lives. As Rudder himself puts it: "From the time you're 22, you'll be less hot than a 20-year-old, based on this data. So that's just a thing."

Dataclysm: Love, Sex, Race, Identity - What Our Online Lives Tell Us About Our Offline Selves, $10, Amazon

"A thing," indeed. The chart documenting the study has already been spun into a number of alarmist and alarming trend stories (like this great Daily Mail headline: “Are you a girl over 22? Then don't even bother with online dating”), and fits in nicely with the rising trend of articles and studies declaring various ages as the time when women become most beautiful and/or stop being hot forever. Do women peak physically at 30, as this Allure-sponsored study suggested? Are women suddenly hotter than ever at 42, as this memorably dunderheaded Esquire essay declared in July? Is beauty more important than age for women when it comes to landing a man, as this other recent study implies?

Since most of us are raised from a very young age to both obsessively track our own worth by comparing ourselves to other women, and to obsessively track the relative peaks and valleys of our own romantic prospects, studies like this basically immediately nest in our brains, alien-from-Alien style.

But before you resign yourself to a future comprised exclusively of dating scarecrows that you have cobbled together from cat hair and water-logged copies of Modern Bride, there are some other facts to consider.

While these kinds of studies are always phrased ambiguously for maximum impact/ panic clicks, they're actually usually less closely linked to real-world behavior than they seem at first glance. In fact, Rudder himself noted that while these numbers reflect the “who’s liking who” information on OkCupid, the actual messaging patterns of men on the site show that they’re much more likely to message someone closer to their own age. And no lesser authority than the New York Times has picked apart the way Rudder draws secondary conclusions from the data he gathers.

But more importantly: these surveys chart the desires of EVERY kind of guy on OkCupid, not just the guys you'd want to date. The study takes into account the tastes of sexually overconfident Juggalos, guys who believe that “girls only like douchebags,” guys who think “I have already married and divorced you in my mind” is a good pick up line, and other men you would most likely not touch with a 10-foot 20-year-old. The reality is, none of us are trying to appeal to every heterosexual guy on OkCupid — or every heterosexual guy in the actual world, for that matter. So falling outside the lines of what a cross-section of every kind of straight dude in America finds desirable is not really much of a tragedy, and isn’t going to have a real impact on your dating life.

And perhaps most importantly: one of the things that changes most about dating as you age is the qualities you desire. Though many of us consider hotness a primary priority when dating in our late teens, when we get older, that generally begins to come second to the kind of qualities that make a man someone you're able to spend the next 20-60 years around without constantly wanting to fake your own death. And —shockingly!— men who want to partner up also want to find someone who's actually pleasant to be around and build a life with, instead of just finding whatever cute young dummy is most easily available. And you know what else? Dudes who do want that cute young dummy? YOU DO NOT WANT TO DATE THEM ANYWAY! There’s a lot more at work in successful love and romance besides the “lust” that Rudder refers to here.

So please remember to take all of these kinds of studies with a grain of salt. While there's a lot we can learn about human behavior from what people do when "no one is looking," there's a lot you can learn from the way people act when we're looking, too.