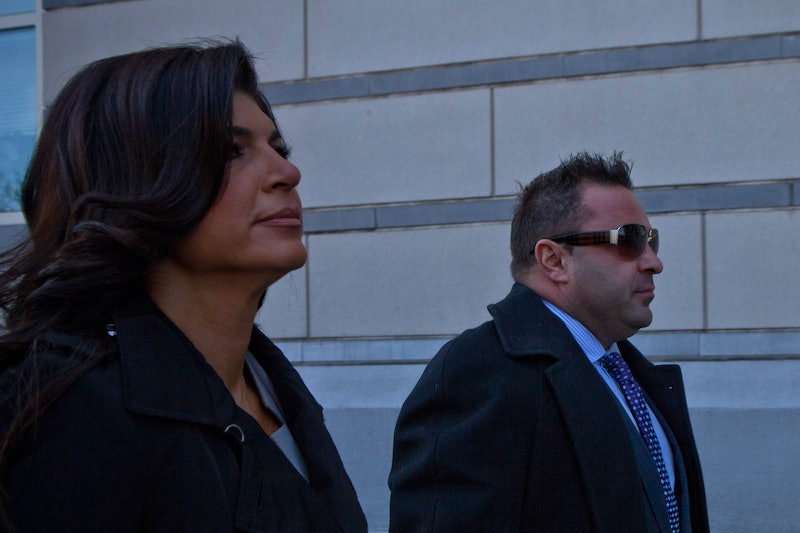 Not long after Teresa and Joe Giudice listed their mansion for a whopping $3.99 million, the Real Housewives of New Jersey stars are putting their beach home up for sale, as well. The asking price? "The low $300,000 range," according to reports — sounds like a steal when compared to their other house. Apparently, it was a bittersweet summer for the Giudices, knowing that it was possibly the last time they were going to stay at their vacation pad, but clearly, it's the right (read: smart) thing to do.

As most RHONJ fans know, Teresa and Joe are set to appear back in court on Oct. 2 to learn if one, or both, of them will be heading off to jail. The couple is evidently trying to get their finances in order right now, and listing their massive home(s) is a good way to make some quick cash. "The sale of the house will give Joe and Teresa money to pay off some creditors, and give them some cash," a source said of the couple putting their beach house up.

On the one hand, I feel badly for Teresa and Joe's daughters, as there's so much change going on right now, but on the other, it's nice to see the couple finally making a smart decision. And hey, for anyone who wants to own a piece of the Giudice legacy, this is a great opportunity. If you can't afford their $4 million-priced home, try their smaller, more affordable place. It's still unclear if the bad karma is included or sold separately. But I'd beware.