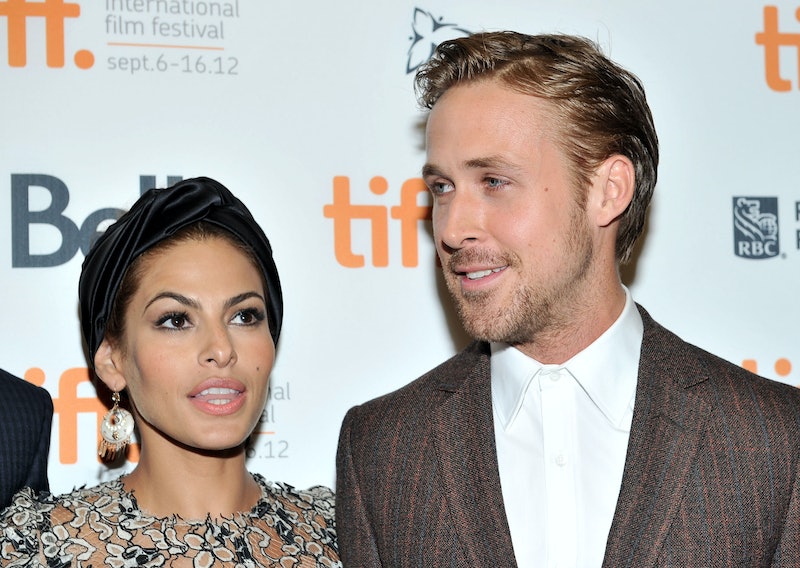 Oh, happy day! Ryan Gosling has become a father — maybe. Well, whether it's true or not, Gosling didn't become a father today exactly. According to the rumors, Eva Mendes had her baby on September 12, so we all remained in ignorance of this magnificent occasion for almost a week. However, the news is finally out, even if we don't know any further details about the baby except that they allegedly had a girl. We don't even know her supposed name. The only other thing we know for sure is that we might be living in a new era, an era where the Gos has a Baby Gos that is probably going to grow up to be the most beautiful baby in the world. At this point, all we can really do is hope they don't name her anything weird. (Ahem, Apple Paltrow.)

The thing is, more than anything else except The Notebook, what Gosling is best known for being the star of the Feminist Ryan Gosling meme. Essentially, the meme takes pictures of Gosling and puts text of all kinds of feminist references, phrases, and thought bites on top of it. You either get it or you don't and if you don't you're really missing out. But these days, Gosling is more than just a feminist meme. Now, he could be a father and that is deserving of a meme all on it's own. In fact, let me be the first to introduce the world to the Good Father Ryan Gosling Meme, in honor of the fact that Ryan Gosling is going to be the best father ever if and when he does have a baby girl.

More like this
At 14, Tatiana Maslany Was Obsessing Over Tamagotchis & The Spice Girls
By Gabrielle Bondi
Beyoncé & Madonna’s “Break My Soul” Remix Honors A Group Of Black Icons
By Stephanie Topacio Long
Twitter Has *Thoughts* On Florence Pugh & Zach Braff’s Breakup
By Sam Ramsden
'Traumazine' Has Megan Thee Stallion Twitter Dancing Through Their Feelings
By Grace Wehniainen
Get Even More From Bustle — Sign Up For The Newsletter