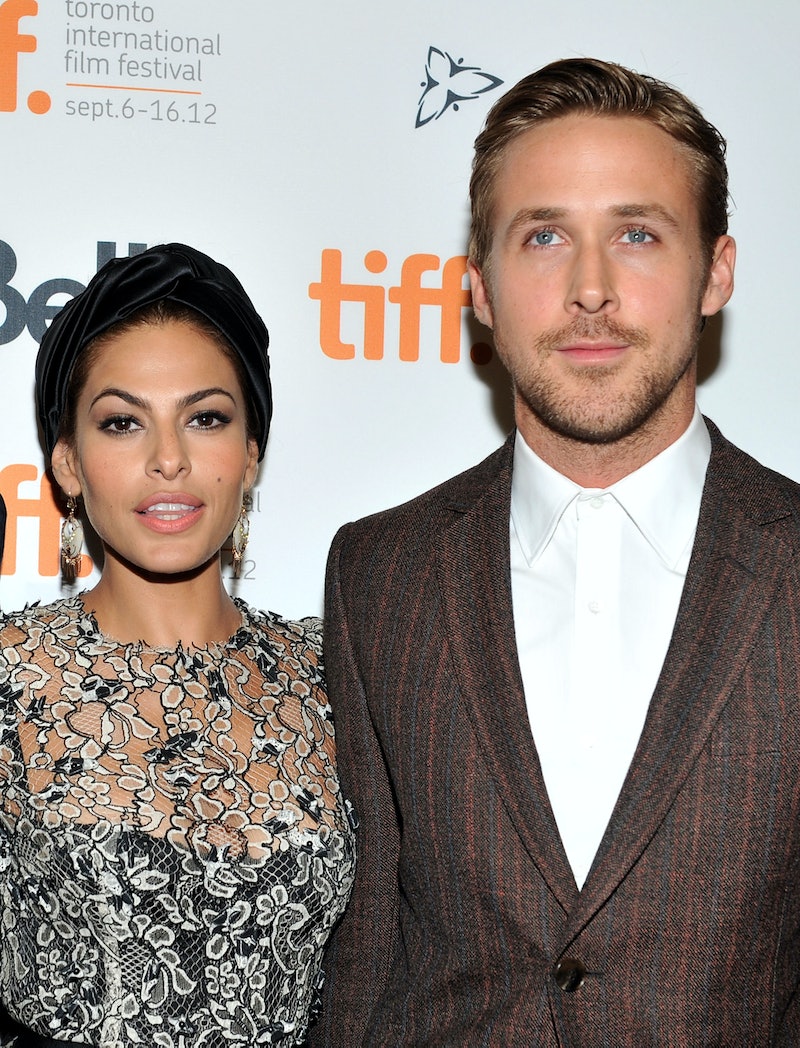 Alright, people it's time. Time to put down the economy sized Kleenex box and lift up your plastic wine glasses filled with really bad five dollar champagne. Because Baby Gosling has arrived and we should all be celebrating the union of the most beautiful genes on this planet. Oh wait, you already used up the whole tissue box and moved on? Because this news came out forever ago? Well, Eva Mendes has only just confirmed she welcomed a baby, so is seems this mama is pretty late to the party. Mendes spoke about her and Ryan Gosling's baby at long last with the website Violet Grey and rather than exclaiming, "I HAD A BABY WITH RYAN GOSLING!!" she was more subtle and opened up about the story behind her daughter's name and well as privacy issues.

Mendes and beau, Ryan Gosling, welcomed their first child a daughter, on Sept. 12, according to People . And it was reported by TMZ on Oct. 9 that the baby was named Esmeralda Amada. In her new interview with Violet Grey, Mendes explains the name saying she and Gosling were influenced by the novel The Hunchback of Notre Dame and her own grandmother, Amada.

The actress goes on to talk about privacy when it came to her pregnancy and in regards to Esmeralda's life as she grow up:

Yes, I know the stork went to the wrong house this time around, it's time (OK, it's been time) to stop being so bitter. There are other celebrities that you can wish to procreate with who don't have a living, breathing child and significant other. Gosling has far more important things on his plate now that he's a dad like diaper changing and baby proofing and Little Einsteins watching. It's high time Mendes gets a little respect around here. So congrats to you, Eva and Ryan, on your baby girl. Hopefully the Internet will find themselves someone else to fantasize over.