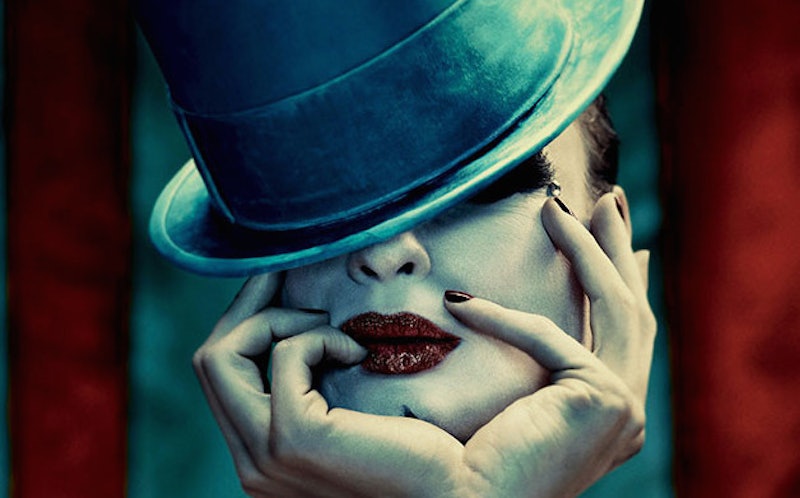 I've been convinced that this season of American Horror Story: Freak Show is going to be one of the show's best ever since that teaser with the freaky clown actually managed to scare me, and this new image only serves as further proof: A new poster for American Horror Story: Freak Show was just released, and, instead of in-your-face freaky like the previous promos have been, this shot is a much more subtle creepy...as in, it's once of those "once you see it" images that you might have to stare at for a really long time before you actually see what makes it terrifying. That's the kind of horror that AHS manages to do best, so this only makes the upcoming season 4 look even better than promos of Jessica Lange rocking a German accent already have.

I won't give away what exactly makes the poster so freaky — it would take all the fun out of it! — but I will say that it's literally right in front of you, if you look hard enough. Beware, staring at this image too long may cause nightmares, but that's why we watch AHS, isn't it?

Check it out below. Freak Show will premiere on October 8, on FX.