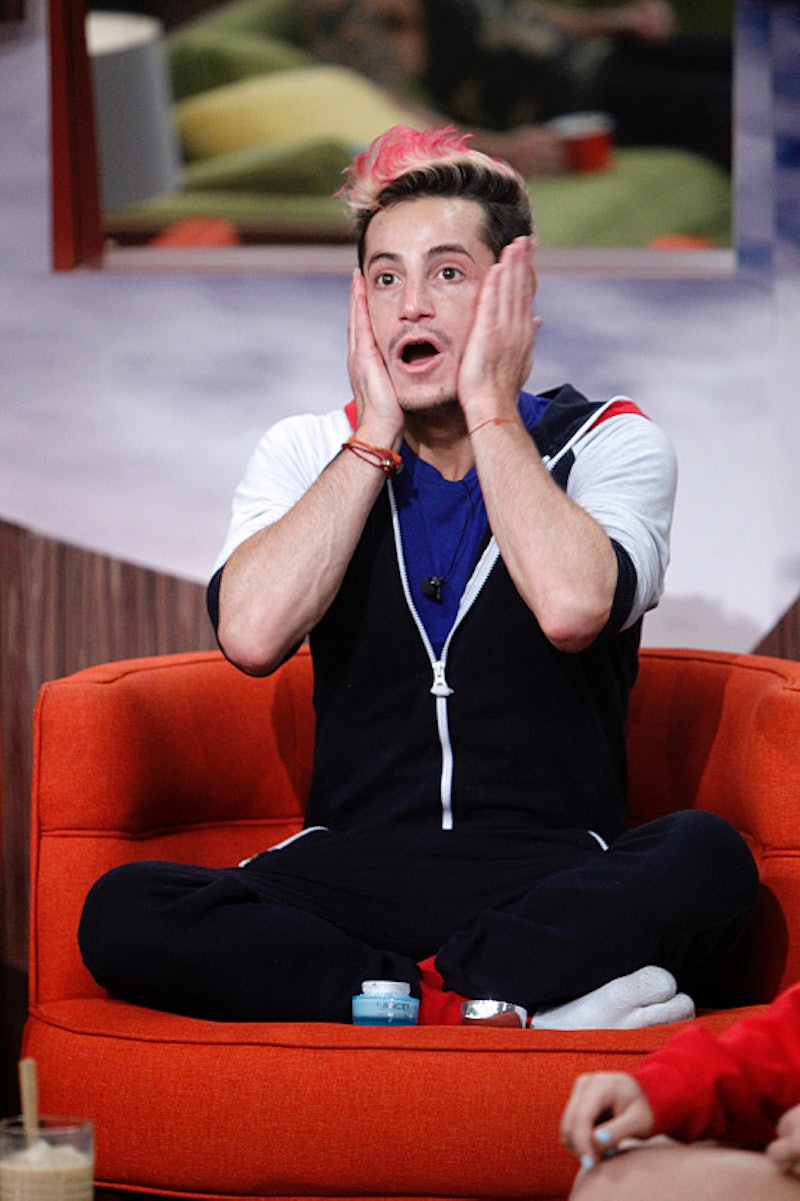 Our long, national nightmare is over: Frankie Grande has finally been evicted from Big Brother . But it somehow still managed to be The Frankie Show and this season's biggest villain (nope, not even the actually-booed Christine gets that title) managed to not get booed, even with a live audience. Look on any Big Brother fan board, read any of the Big Brother Twitter feeds, and you'll quickly discover that diehard Big Brother fans really hated Frankie.

They hated how much he constantly name-dropped his famous sister Ariana Grande, how he treated his housemates (even in his final episode, he managed to get one more dig in at the already-annihilated Christine by saying she has a "monstrous nose"), and how his overall deplorable behavior and inflated ego pretty much ruined Season 16.

So if Frankie was a nearly universally hated houseguest, why didn't he get any boos during the live eviction? Well, I would bet that CBS made damn sure that he didn't. If that audience was filled with Big Brother fans left to their own devices and not, presumably, Ariana Grande fans, those boos would have echoed through space and time.

Sure, it was a relief to see Frankie get evicted (he honestly could have won this thing), but overall this was disappointing and disheartening. Prior to his eviction, Frankie was given ample screen time (who makes speeches walking out the door?) and a chance to "redeem" himself, and Big Brother couldn't even make it up to us with some boos. Of course, Frankie's idea of redemption is talking about how he was playing for charity (and boy, didn't he behave like a noble, selfless person all season) and that he can't "not win" (what beautiful, sparkly irony), but not before asking how Ariana Grande's albums were doing. Oh, brother.