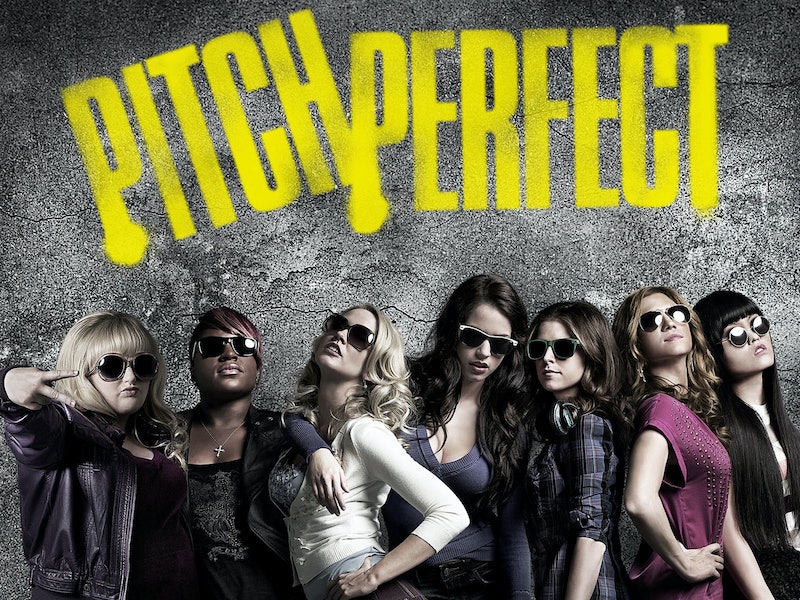 I don't know how you haven't heard by now, but that sleeper hit Pitch Perfect is getting a sequel. Everything we've heard about Pitch Perfect 2 so far has been great, from the amazing Instagram pictures the Pitch Perfect cast keeps posting for everyone to enjoy to all the little hints Elizabeth Banks keeps dropping about the direction the film is going in. Sure, I might be disappointed to hear that Taylor Swift won't be in Pitch Perfect 2, but I'm willing to let that go if it means getting more of the Barden Bellas and another viral video like "Cups". All right, nevermind, I could probably do without hearing "Cups" again for a good long time.

However, with the sequel to this surprisingly popular film coming up, I can't help but reflect that people being raised in the Pitch Perfect generation might be getting some ideas about college from the film that aren't always true. Sure, some of them are definitely 100% accurate, but there are some pretty glaring errors among the lessons you can take from the movie that might shock you when you actually get to college yourself. In light of that, here are seven expectations about college that Pitch Perfect gives you and what the reality is. Prepare for some disappointment.

EXPECTATION: That cute guy on campus won't leave you alone.

Beca didn't even have to do anything but stand there and Jesse set his sights on her from the first time he saw her and he didn't give up until they were happily together. Except for that part in the movie when he did give up, but, to be fair, Beca was kind of being rude.

REALITY: The guy on campus who won't leave you alone isn't cute.

In real life, a guy as persistent as Jesse — who told Beca, while drunk, in their second conversation that they'd be having babies — is more creepy than he is cute. If a guy is convinced you're going to be together and doesn't seem to care that you're not into it, extract yourself from the situation as quickly as you can.

EXPECTATION: You'll meet a group of quirky and adorable friends in clubs.

If you join a club, that's like having a built in group of friends who share your interests and will do everything with you because you're all such super close friends. In fact, it's literally like walking into a room a loner and coming out with more friends than a sorority girl. And that's a fact.

REALITY: You'll meet people, but they will not be friendly, quirky, or adorable.

Real talk: You won't see most of the people that you know from your club meetings anywhere else but in club meetings. I'm not saying you won't make friends with at least one person, but you're all not going to become a fun clique with nowhere else to be and no one else to talk to. Sorry.

EXPECTATION: Most parties are about alcohol and hook-ups.

As soon as you got all the a capella groups together for a celebratory party, the alcohol started flowing and the hook ups began in earnest. From Thumper trying to hook up with Fat Amy to Jesse basically proposing marriage to Beca, a good time was had by all. Except Benjy. Because he wasn't invited.

REALITY: Some parties are about alcohol and hook-ups.

It's actually a little bit harder to find parties that don't involve some sort of alcohol and don't end up in some sort of hook up story for at least one of the guests, but they do actually exist. And you can still have fun at those alcohol and hook-up parties even if you don't drink and aren't interested in hooking up, I promise.

EXPECTATION: A Capella is way cooler than it looks.

Beca thought that a capella was going to be the lamest club, like, ever, but it turned out to be really fun and gave her a chance to showcase her DJ skills. In fact, in Pitch Perfect 2, she'll be running the club. A capella is not only serious business; it's really, really cool.

REALITY: A Capella is exactly as cool as it looks.

All right, so real life a capella isn't exactly what Pitch Perfect makes it out to be. In fact, it might still feel a little lame. But that's entirely part of its charm and if you can't have fun with it then it's probably not for you.

EXPECTATION: You'll have more fun if you join in.

College was more like a punishment than an experience for Beca, who spent most of her time organizing CDs at the radio station or sitting alone somewhere when her roommate was making it awkward to be in her room. But once she joined the Barden Bellas, she was having way more fun than she ever expected.

REALITY: You'll have more fun if you join in, but it's okay to be alone too.

Seriously, college is the last time in your life that you get to let go, make bad decisions, and enjoy your sort-of-childhood before it's goodbye summer vacations and hello jobs. But it's okay to take some time to yourself and relax every once in a while. You don't have to turn into a social butterfly.

EXPECTATION: You'll meet your best friend in the co-ed showers.

In a moment you probably still can't believe happened, Beca was forcibly recruited by the Barden Bellas when Chloe waltzed into her shower and refused to leave until Beca sang for her. The two of them ended up becoming the closest out of the Bellas, with Chloe sticking up for Beca against Audrey as often as she could. It turns out seeing someone naked is the perfect way to start a friendship.

REALITY: If you're lucky, your college has its own bathrooms.

Except no, because, oh my god, no. If you're lucky, then your college, like mine, will have bathrooms in every dorm room. If you're not, trust me, don't waltz into anyone's shower to make friends with them. And if they do it to you, I'm 99% sure you won't be friends afterward.

EXPECTATION: Your father will pay for you to drop out of college if you don't like it.

All Beca had to do was give college a fair shot since she was attending it for free anyway and her father promised to pay her way to Los Angeles if she really didn't like it. Thankfully, she ended up liking it, because that means we're getting a sequel.

This one actually breaks my heart, Pitch Perfect. Thanks a lot.

More like this
What Causes Clinginess In Relationships?
By Marilyn La Jeunesse
These Adorable Kourtney & Travis Moments Led Them To The Altar In Italy
By Bustle Editors
Becca Tilley Confirmed Her & Hayley Kiyoko’s 4-Year Romance With A Heartfelt Note
By Brad Witter
Natalia Dyer & Charlie Heaton's Relationship Is Still Going Strong
By Allyson Koerner and Sophie McEvoy
Get Even More From Bustle — Sign Up For The Newsletter