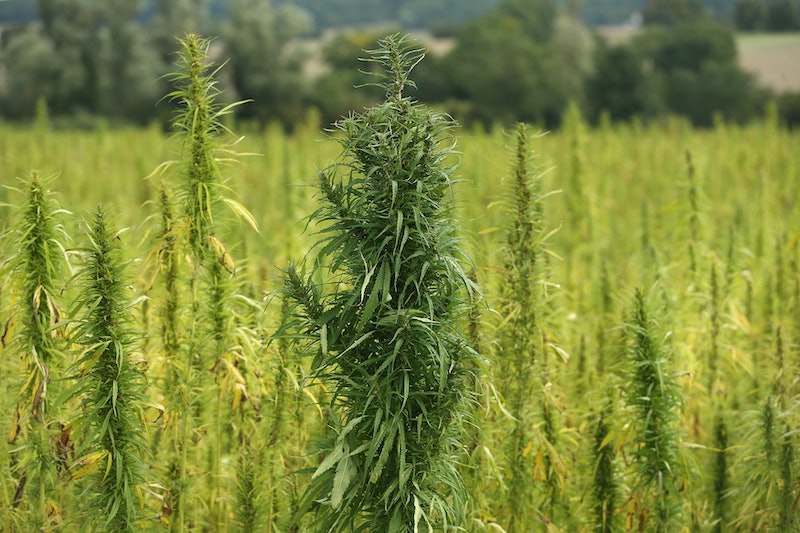 During my formative years, the time I probably needed a strong anti-drug message the most, the only campaign my young and impressionable mind saw was the "This is your brain on drugs" fried egg commercial. To which I did not think, "Whoa, I will never do drugs after watching that," but rather, "Huh?" Fast-forward to 2014 and we finally have a campaign that makes sense. The Marijuana Policy Project launches the Consume Responsibly campaign this week in legalized states, and the billboards and ads are brilliant on so many levels.

What sets the MPP's campaign apart from the rest? Well, it relies on information rather than fear to promote safety. Basically, the thought goes: now that marijuana has been legalized in certain states, let's redirect our efforts from fighting the drug to teaching people how to consume it responsibly, hence the MPP's Consume Responsibly campaign.

So far, every campaign designed to educate the public about marijuana has relied on fear-mongering and insulting marijuana users.

Hmm. How'd that go? Well, judging by the fact that marijuana use has only become more socially accepted since those ads, it's safe to say they didn't have their intended effect.

The campaign's first billboard, which will go up in Denver on Wednesday, features a woman with her head in her hand, sitting on the bed of a hotel room, along with the caption, "Don't let a candy bar ruin your vacation. With edibles, start low and go slow."

This message is brilliant. Why? For one, it's solid good advice. We probably all know someone (we won't name names) who's eaten one too many pot brownies, say, on New Year's Eve and passed out by 9 p.m., missing the transition from 2002 to 2003. Anyway. "Start low and go slow" is actual, concrete advice that could prevent inexperienced users from consuming too much and harming themselves. It's a hell of a lot more useful than comparing your brain to breakfast.

Another reason it's ingenious? It references one of the best cultural crossovers in recent history: the Maureen Dowd op-ed for the New York Times, in which she described eating too much of a pot-laced candy bar in her hotel room in — where else? Denver — and feeling convinced that she had died and nobody was telling her. Her eight hours of hell could have been avoided if the candy bar had come with a dosage warning, which the new campaign aims in part to do.

The campaign's corresponding website, consumeresponsibly.org, also features facts about which marijuana products — and how much of each — are legal, the effects of each type of product, and other concrete advice like "don't consume and drive" and "prevent accidental consumption." Because there's nothing worse than devouring a protein bar before a marathon only to realize that it was an edible and you're about to get really high.

The website also takes you on a historical tour of past marijuana ads (and TV models), which only underscore the effectiveness of a sensible, modern campaign. Take a look at how anti-drug organizations used to convince us to say no.

More like this
Michigan’s Governor Is “Going To Fight Like Hell” To Protect Abortion Access
By Andrea Zelinski
23 Abortion Funds In States With Trigger Bans To Donate To
By Emma Carey
Starbucks' Summer Menu Includes A New Chocolate Cream Cold Brew
By Emma Garza
How To Fight For Reproductive Rights, Based On How Much Time You Have
By Courtney Young
Get Even More From Bustle — Sign Up For The Newsletter