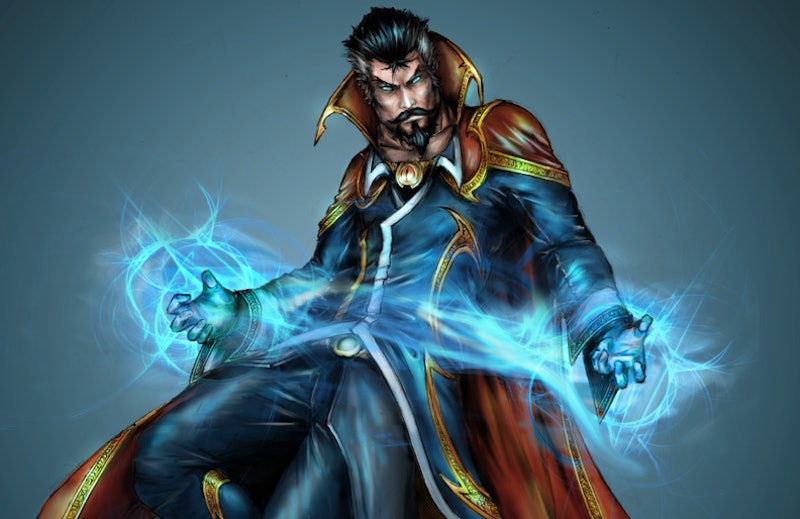 We've been hearing about Marvel's upcoming Doctor Strange movie for a long while. In fact, a lot of people expected an official casting announcement for the title character to take place at San Diego Comic-Con back in July. Alas, it was not meant to be. But yes, apparently this movie is still happening. In fact, now we know roughly when Marvel's Doctor Strange might actually see the light of day/dark of movie theaters worldwide. That'd be the summer of 2016, which means it's about time Marvel actually made some decisions.

It's not like we're 100 percent in the blind when it comes to Doctor Strange: We've got our fair share or rumors. Most of these revolve around the potential casting of the lead actor — the candidates for which seem as varied and unsure as the possibilities for the leads of True Detective Season 2. Benedict Cumberbatch, Jared Leto, Jack Huston, Joaquin Phoenix. Who will it be????

They've gotta figure it out soon, whoever it winds up being, because according to Slash Film Marvel is aiming for a July 8, 2016 release date. For reference, here's a peek at the Marvel calendar with that added in:

One possibility for that last one is Thor 3, but personally I'm rooting for something less repetitive. Maybe even something involving a lady considering how dude-heavy that entire slate is. As for Doctor Strange I'm not entirely sure what to expect — I just hope they actually tell us something about it soon.