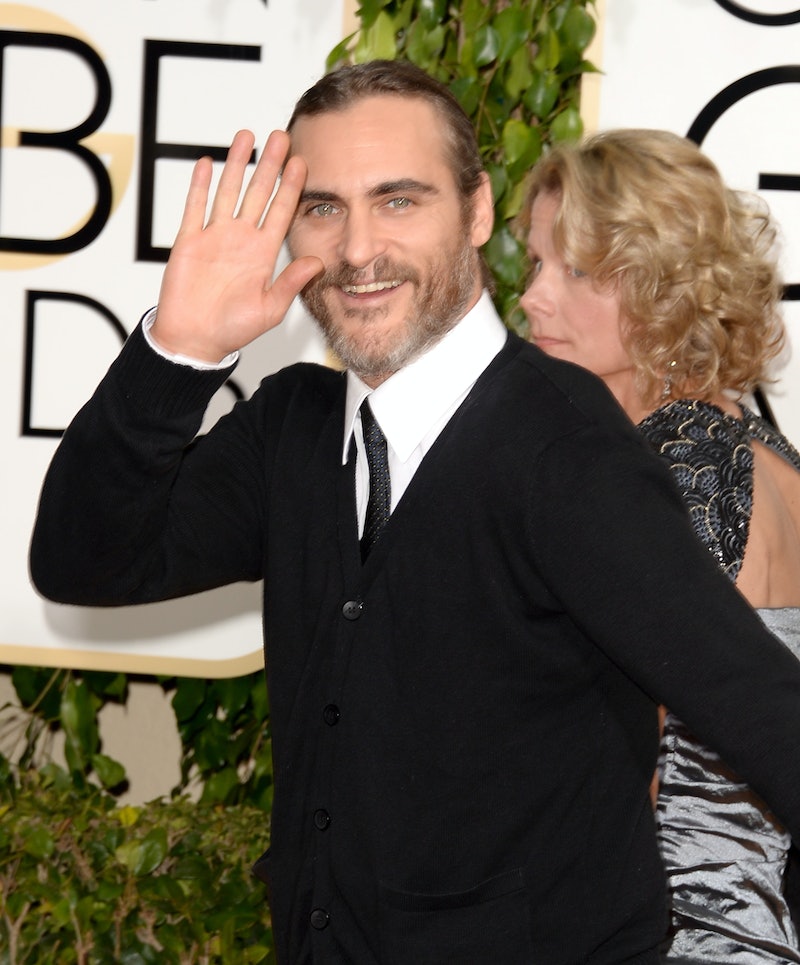 San Diego Comic-Con felt a little bit empty this year when the expected announcement of the casting for Marvel's Doctor Strange never came. A month later, news of the movie's casting actually seems to be moving forward, and it's Joaquin Phoenix who seems to be our fated Doctor Strange . This seems to be bad news for Benedict Cumberbatch, who's been long-rumored for the role — and who, when asked at San Diego Comic-Con which superhero he'd most like to play responded "Nurse Normal," an acknowledged play on Doctor Strange. Now, Deadline is reporting that Phoenix is in final talks for the part.

The Hollywood Reporter noted that "it's unclear if the actor will accept the role," but that things have progressed pretty far and that, if he takes it, it'll be a departure for the actor considering his work with Spike Jonze and Paul Thomas Anderson.

And it certainly would be a departure, albeit not necessarily a surprising one, for Phoenix or for Marvel. Though Chris Evans has played many a comic book character in his day, Robert Downey Jr. wasn't known for his huge blockbusters before his comeback in Iron Man. And if there's any Marvel character that seems like it'd meld well with the public's relationship with Phoenix's idiosyncrasies, why not a magician with "Strange" in his title? It's not a stretch to picture his face on this character:

Hey, at least it's less upsetting than Jared Leto.