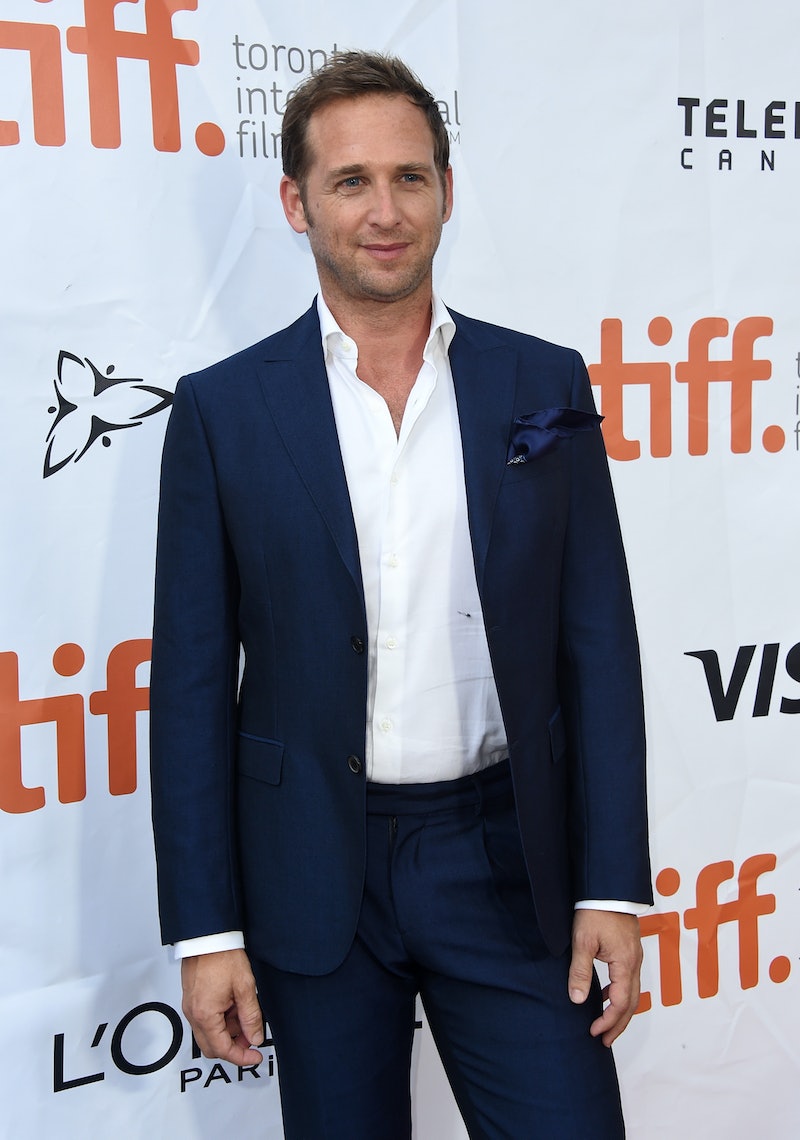 Josh Lucas has been a (very attractive) fixture in Hollywood for years thanks to films like Sweet Home Alabama, A Beautiful Mind, and J. Edgar, but, get ready to see a lot more of him very soon: Josh Lucas is starring in NBC's upcoming Mysteries of Laura alongside Debra Messing, which is set to preview its premiere tonight, Sept. 17, at 10 p.m. EST. In the show, he plays the husband to Messing's NYPD detective character, whose life is mostly consumed with juggling her career in law enforcement and raising their children. Thankfully, the show already sounds promising — and, even better, it allows Lucas to be on our television screens on a weekly basis, which is so much more than he was before. Always a plus, of course, and one that begs the very important, hard-hitting, very serious question we're all asking ourselves before the show premieres: Is Josh Lucas single?

I told you: Hard-hitting.

It's no secret that Lucas was married for two years, and that he and his now ex-wife, freelance writer Jessica Ciencin Henriquez, share a child together. But, though the two have made efforts to remain amicable for their young son's sake, they signed their divorce papers in June — a situation that Lucas has publicly stated was difficult, and one that he "wouldn't wish...on my worst enemy." Lucas, though, thankfully seems to be moving on: In an interview with The Huffington Post recently, he explained that it's been hard, but his focus is on staying positive for his son — an extremely mature and respectable way to deal with something so difficult.

So, has Lucas begun dating yet? As of this past June, in the same Huffington Post interview, Lucas stated, "I actually haven't started yet," when asked if he's re-entered the dating pool. "It's all fairly new, and we're still in that process where right now, my focus is entirely on my son...[but] I will soon, hopefully."

Since then, there's been no news about Lucas potentially seeing anyone, so it seems likely that he's staying single for the time being to, as he stated, focus on his son, himself, and his new gig on Mysteries of Laura. This, really seems like the best course of action to take: Divorce is never an easy thing to go through, especially when you have a child, so it's good to see he's taking time to himself to heal before he jumps back out there.